Did you know that around 8.3 million people are enrolled in both Medicaid and Medicare? Most people don’t realize how much Medicaid does for seniors because Medicare is the program most often associated with care for the elderly.

In reality, Medicaid is an important program not only for millions of seniors but also for large numbers of pre-retirees. Understanding how Medicaid helps those who are aging is important on a policy level and a practical level. If you’re getting older or have older family members, you may want to take steps to ensure Medicaid will provide benefits that could become necessary.

To better understand all that Medicaid does for the elderly, let’s look at three big ways Medicaid helps senior citizens, as identified by the Center for Retirement Research. 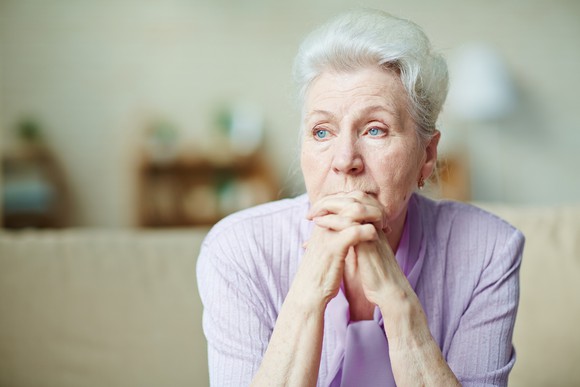 Medicare Part B premiums total $134 monthly in 2018 for most seniors, and seniors covered by Part B for routine care owe a 20% coinsurance cost when they use services.

Even for seniors who only get help with premiums, premiums for a senior couple total around 19% of a combined household income of $1,872 — so Medicaid subsidies are a major benefit.

The single most important way Medicaid helps seniors is by covering long-term care or nursing home costs. Medicare only pays for skilled nursing care, and it’s difficult or impossible for most seniors who must obtain institutional or home care to get Medicare to pay anything at all.

Since home-based care costs an estimated $46,000 per year on average and a single year in a nursing home comes at an average cost of $82,000, paying out-of-pocket for nursing care is prohibitively expensive for all but the wealthiest seniors. And, unfortunately, buying long-term care insurance is often an impractical solution for covering care costs due to high premiums and strict coverage limitations.

Medicaid is the primary source of payments for nursing home care because so many seniors lack other options. More than 60% of all nursing home residents receive Medicaid coverage, and close to half of all long-term care services for the elderly are paid for by Medicaid.

There’s around a 70% chance you’ll require nursing home care once you’ve lived past age 65. To avoid spending all your assets, it’s advisable to work with an attorney on an asset protection plan to protect wealth while obtaining Medicaid coverage to pay for nursing care.

A substantial number of pre-retirees in their 50s and 60s face difficulty finding jobs due to age discrimination or physical limitations that prevent them from working. Unfortunately, costs of healthcare can be very high for these older Americans not covered by employer-insurance, especially if they have serious health issues.

The Affordable Care Act expanded eligibility for Medicaid to a larger percentage of the population by raising income limits to qualify. As of April 2018, 33 states have adopted expanded Medicaid, making Medicaid coverage available to an estimated 11 million new beneficiaries — many of whom are in their 50’s and 60’s.

Prior to the passage of Obamacare, around 15.5% of adults between the ages of 50 and 64 lacked insurance. From 2012 to 2016, the share of uninsured adults in this age group fell to 9.1%. Many Obamacare reforms helped to drive down the uninsured rate of pre-retirees, including prohibiting coverage denials for pre-existing conditions and limiting how much more older policyholders could be charged for coverage.

Whether by providing coverage for nursing care, offering an insurance option to pre-retirees in their 50s and 60s, or subsidizing Medicare premiums, Medicaid undoubtedly plays an important role in the lives of millions of seniors. Families from across all income levels have a vested stake in ensuring continued access to Medicaid for the millions of seniors who will come to rely on this important program.