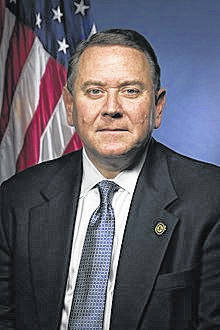 RALEIGH — A now closed Robeson County business has been ordered to pay a nearly $3 million penalty after being convicted of Medicaid fraud.

Evidence presented during the trial showed that between 2008 and 2013, Compassionate Home Care Services Inc., formerly located on North Roberts Avenue in Lumberton, billed the North Carolina Medicaid program $585,082.73 in fraudulent claims, including not only claims for services provided in violation of Medicaid policies, but also claims for services that were never provided, according to a U.S. Attorney’s Office news release. Anders ran the company and was responsible for the false billings. When the government began investigating, Anders and her son, Santiago, falsified hundreds of documents in an effort to conceal the fraud.

The federal and North Carolina False Claims Acts mandate that the government recover three times the damages caused by the fraud, plus civil penalties for every false or fraudulent claim, according to the release. Applying those provisions and other applicable law, Judge Dever awarded the government a judgment of $2,921,248.19.

“These defendants defrauded taxpayers of this state and this country out of more than $500,000,” Higdon said. “They bilked a Medicaid program that is designed to protect children, the elderly, and the poor.”

Higdon warned that “we will not tolerate providers who seek to fill their coffers with funds allotted to help people in need. We will not allow providers to undermine the solvency of our government programs to satiate their greed. We will continue to use every tool in our arsenal to aggressively pursue health care fraud, and to recover the taxpayer dollars lost to it.”

“When North Carolina’s taxpayers pay into the Medicaid program, they expect that money to be used correctly for people’s health care,” said Josh Stein, North Carolina attorney general. “Instead, these defendants defrauded taxpayers by charging for services that were not provided. My office takes Medicaid fraud seriously, and we will continue to fight against misuse and waste.”

The Robeson County Sheriff’s Department provided assistance in the investigation, according to the release.