In April 2016 three for-profit companies took over management of Iowa’s Medicaid program. Gov. Terry Branstad says the program is saving the state money but the companies say they are losing money. Critics worry about a loss of services.
Zach Boyden-Holmes/The Register 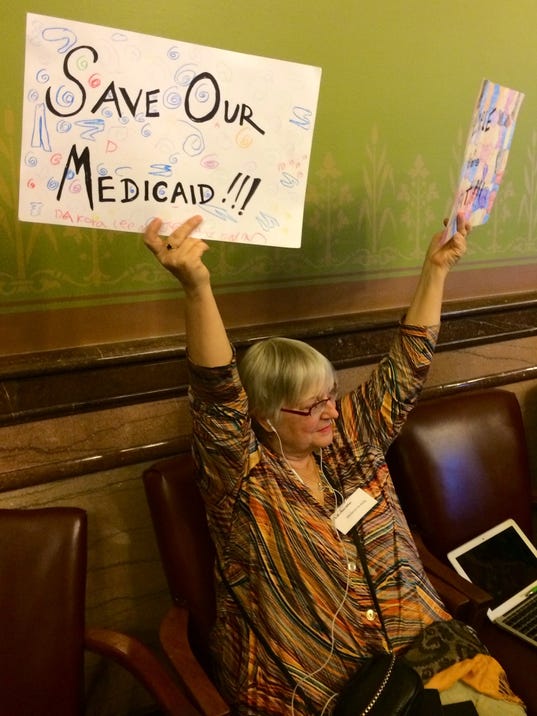 Centered largely on allegations of terminated or reduced health services, complaints about Iowa’s privatized Medicaid program have spiked in recent months, according to information presented to state officials Tuesday.

State quarterly reports show grievances and appeals filed with the three companies managing Iowa’s Medicaid program have spiked by almost 270 percent — from 343 to 1,268 — in the latest three-month report published in March.

Kelli Todd, a manager of the Iowa Long-Term Care Ombudsman, said her office in March had its busiest month on record with concerns about the private companies’ Medicaid practices, with 556 contacts. April’s level dropped to 448 contacts but remained high, she noted.

At the heart of the issue is Iowa’s controversial decision to turn over management of its $4.2 billion annual Medicaid program to for-profit companies, an act the federal government delayed for three months last year after saying the state wasn’t ready for the transition.

Critics in 2015 warned that profits, not public health, would dominate decisions for the 568,000 poor or elderly Iowans on the program if private companies took control.

Advocates, including Gov. Terry Branstad and Lt. Gov. Kim Reynolds, said the state would save tens of millions of dollars each year and that health would improve through better case management.

The companies — AmeriHealth, UnitedHealthcare and Amerigroup — began managing the program in April of 2016. Since that time, hundreds of complaints have been logged.

The level of complaints in the quarterly reports has consistently increased. But the first quarterly report of 343 grievances or appeals was artificially low because the program was just getting started, said Iowa Department of Human Services spokeswoman Amy McCoy.

Excluding the first report, the complaints increased by 18 percent, which McCoy described as “mostly consistent.”

“Lots of hard work at MAAC toward continuous improvement on behalf of vulnerable Iowans,” McCoy said.

Meanwhile, the long-term care ombudsman said the chief concerns were issues about services that enable its members to remain independent in their homes.

“The trend seems to be that services are being reduced and/or terminated,” Todd told the Iowa Medical Assistance Advisory Council on Tuesday.

The long-term ombudsman accepts complaints for about 57,000 of Medicaid recipients. The remaining Medicaid members are funneled to the Iowa Ombudsman, a separate office.

The Iowa Ombudsman was not on Tuesday’s agenda, but the office’s latest annual report shows a 63 percent increase in contacts and complaints about the state’s Medicaid program — more than 150 total — compared with 2015.

The council, commonly known as MAAC, is made up of more than four dozen citizens, legislators, businesses or representatives of health organizations and is mandated by federal law.

Multiple members expressed concern Tuesday about issues that have contributed to the mounting complaints.

Rep. Dave Heaton, for example, noted a long-running concern that the companies are not paying medical bills on a timely basis, an issue that has complicated service. 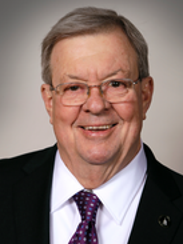 “Where is the hiccup here on this issue?” said Heaton, R-Mount Pleasant and chairman of a house committee that oversees Medicaid spending. “All I’m hearing is hiccups out there, bumps, angst and anxiety. I’m getting to be kind of concerned.”

Representatives from each of the private companies spoke before the council Tuesday. Each noted meetings with constituents and efforts to help the program run smoothly.

Some noted changes in case management systems as a temporary source for some Medicaid recipient concern.

At one point in the discussion, David Hudson, the council’s co-chairman, asked UnitedHealthCare’s Paige Pettit if the company would “whitewash” problems brought to them during session meetings with its Medicaid members.

“I think there are enough folks in this room and on the phone to know for a fact there are issues and we’re trying to deal with them,” Pettit said. “So to try to hide it would be foolish on our part.”

Liz Matney, Iowa’s managed care director, told the council that her office is reviewing ratios of workers hired by the private companies to oversee Medicaid clients, as well as conducting audits for compliance of state and federal regulation.

For example, many grievances and appeals get dropped because a resolution is achieved with the for-profit company before an administrative law judge gets involved, she said.

Iowa officials and members of the three companies hired to managed the state’s Medicaid program hold regular public comment meetings. Here are the next four; each is from 5-7 p.m.: