Repeal and replace…with nothing. That’s what Trumpcare does for people with pre-existing conditions who gained coverage via the Medicaid expansion or through Obamacare marketplaces. Don’t believe me? Ask the Congressional Budget office. 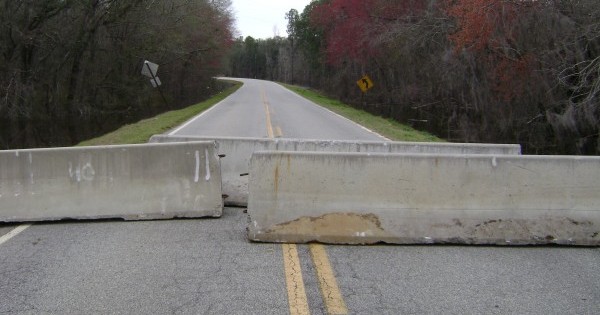 Thus proclaimed the long-awaited CBO evaluation of the American Health Care Act. The GOP leadership, however, heaved a sigh of relief because the CBO estimated that the final version of the AHCA still saved $119 billion, mostly through Medicaid cuts and reduced middle-income tax credits.

That meant that the AHCA passed the Byrd Rule by reducing the deficit, thus qualifying for the Senate reconciliation process, which requires a simple majority. Considering that the GOP majority in the senate is so slim that they can only afford to lose two Republican votes — and that’s with the tie-breaking vote of Vice President Pence — the AHCA stood no chance at all if it didn’t qualify for reconciliation.

Even so, the craftiest politician in Washington, Mitch McConnell, has been decidedly guarded in his estimation of the senate’s chances of repealing and replacing the Affordable Care Act. In a recent interview with Reuters, he said:

That’s the goal. Notice, he’s not even aiming for a majority without a veep tie-breaker. Whoa, contain your enthusiasm, Mitch.

There are good reasons for McConnell’s marked lack of optimism. Three moderate senators from Medicaid-expansion states have expressed absolute opposition to the AHCA,. Three other hardliners are just as adamantly against preserving any part of Obamacare.

They not only want to rip Obamacare out root and branch, they want to salt the earth around it (whether or not it results in a 2018 GOP bloodbath).

Even for many (somewhat) less fervid conservatives, the news that the CBO predicts 23 million people would lose their healthcare coverage under the AHCA elicited a deafening…meh. Hey, that’s one million fewer than the last CBO estimate — what are you complaining about?

The version of Trumpcare the House sent over to the Senate is a Greg Gianforte body-slam to the poor, sick, and aging. But, remember, even the gerrymandered, Tea Party-stained House barely passed the AHCA. The bill is a dead letter in the Senate, which is about to attempt to draft its own version after it returns next week from its Memorial Day break.

Both senators, not coincidentally, represent Medicaid-expansion states. Yet it won’t be just the working poor who gained health coverage under the expansion that will be hurt by the massive Medicaid cuts.

Taking the Aid Out of Medicaid

This is the Upshot’s take:

The Medicaid changes make up the bulk of the coverage reductions in the estimate. The bill reduces funding for a new group of poor adults who were covered by most states under the Affordable Care Act, but it also reduces funding to states for children, disabled adults, poor elderly Americans and parents of young children, who have long been covered by Medicaid as well.

I happen to belong to the last group, as a disabled adult who was already on Medi-Cal — the California version of Medicaid — before the ACA. The liberal Golden State is unlikely to request waivers from Obamacare requirements like essential services or community rating (which requires insurers to charge the sick the same rate as the healthy), but the AHCA’s per capita funding will gradually starve Medi-Cal of funds.

The per capita rate would be tied to the medical component of the Consumer Price Index, which is growing far slower than Medicaid’s costs are expected to rise. And did you know that nursing home care is considered an optional Medicaid benefit? And did you further know that many poor Medicare recipients rely on Medicaid to pay for their nursing home care?

Over time, as funds shrink, optional benefits will be dropped even in liberal states like California. That’s what happened after the Great Recession. And then maybe they’ll start tightening eligibility for the disabled.

Yet Medicaid recipients in conservative Republican-controlled states would be far worse off than I. The AHCA also gave states the option of choosing a paltry, inadequately funded block grant.

Why would they do that, you ask? Because they would receive, in return, almost complete control of their Medicaid programs, able to restrict eligibility and benefits to their heartless heart’s content. 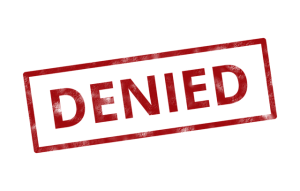 States would no longer be required to cover poor parents. They could charge unlimited premiums, deductibles, and copayments. They could impose enrollment caps and waiting lists, and they could cut the range of services provided to poor children.

“Over time, states electing the block grant would be forced to use this flexibility to make increasingly draconian cuts to their Medicaid programs, as the block grant funding cuts became increasingly severe,” Park, Solomon, and Katch write [in their Center on Budget and Policy Priorities report, Updated House ACA Repeal Bill Deepens Damaging Medicaid Cuts for Low-Income Individuals and Families.]

But if McConnell can somehow conjure his political dark arts and get a bill passed, it still might not survive reconciliation in the House/Senate drafting committee.

Even if he can finesse the divide between his rock-ribbed conservatives and his Republicans from Medicaid-expansion states, McConnell risks blowing up what had been a meticulously crafted coalition in the House, where Ryan won, after weeks of fits and starts, by a two-vote margin.

No wonder Ol’ Mitch is pessimistic about repeal-and-replace’s chances. Yeah, Trump would take to Twitter if McConnell never manages to dragoon fifty votes. So what?

If the Senate decided not to vote on a health care bill, it would be likely to enrage the White House, as it did when Mr. Ryan at first failed to produce a bill that could pass. However, Mr. Trump has considerably less leverage with Mr. McConnell than he did over House leaders, as Mr. McConnell and Republican senators are less susceptible to pressure from the White House.

Stay in touch with Miracle Girl on Facebook:
Go to Source