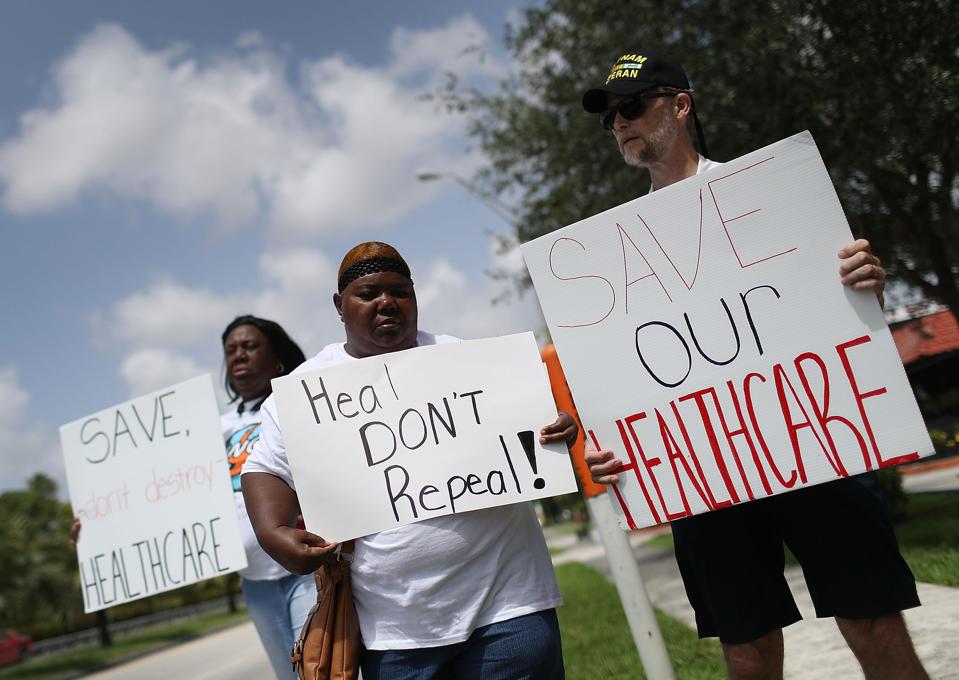 When Republican Senator Susan Collins of Maine declared earlier this week she wouldn’t support the latest effort to repeal Obamacare — killing her party’s latest attempt to deep-six the health care law — she cited Medicaid cuts as one of her concerns about the proposed bill, known as Graham-Cassidy. But as Congress moves forward to try to shore up the law, or if it attempts another repeal in the future, Medicaid expansion could very well end up in the cross hairs again. And that concerns some prominent members of the cancer community.

Just hours before the repeal was taken off the table, Duke University researchers attending the American Society for Radiation Oncology annual meeting in San Diego released a study demonstrating that Medicaid expansion under the Affordable Care Act (ACA), or Obamacare, dramatically reduced the ranks of uninsured cancer patients. In states that expanded Medicaid, the uninsured rate was cut in half, to 2.1%. In non-expansion states, the uninsured rate fell only slightly, from 8.4% to 8%. The researchers performed their analysis by scrutinizing 197,290 records from the National Cancer Institute (NCI) Surveillance, Epidemiology and End Results database (SEER).

The Duke study also uncovered significant disparities in cancer care for minorities and low-income patients — problems that clearly improved with Medicaid expansion. For example, African American cancer patients in high poverty areas reaped the highest benefits from Medicaid expansion, the researchers found. But those same groups living in states that didn’t expand Medicaid saw no such improvements. In fact, the slight decrease in the uninsured rate that was seen in non-expansion states primarily benefited white patients who did not live in areas beset by poverty.

Watch on Forbes: Jon M. Huntsman Is On A Mission To Eradicate Cancer

Over the many months Congress has been trying to repeal Obamacare, cancer patients, physicians and advocacy organizations have been speaking out against changing the law. And it’s not just Medicaid that they’re worried about. For example, Graham-Cassidy would have allowed states to waive the requirement that insurers pay for the 10 essential health benefits that they have to cover under the ACA, including emergency room visits, outpatient care and preventive screenings like mammograms.

Without that coverage, we could very well return to a world where a cancer diagnosis means bankruptcy for many patients — and where preventing cancer deaths becomes significantly harder. “Many of the 10 Essential Benefits mandated under the ACA are vital for preventing and detecting cancers at earlier stages, when they are more treatable at a lower cost,” said the American Association for Cancer Research (AACR) in a blog post earlier this week. “For patients to benefit from recent advances in cancer screening and prevention, any replacement to the ACA should maintain affordable access to these preventive services.”