Roughly 11 million poor Americans over 65 have the most severe health needs: they’re called “dual eligibles,” because they’re eligible for Medicare’s medical benefits as well as for Medicaid’s long-term care benefits. Problem is, as Dr. Bruce Chernof, The SCAN Foundation’s president and CEO, says: “Medicare and Medicaid don’t talk to each other, or work with each other, very well.” 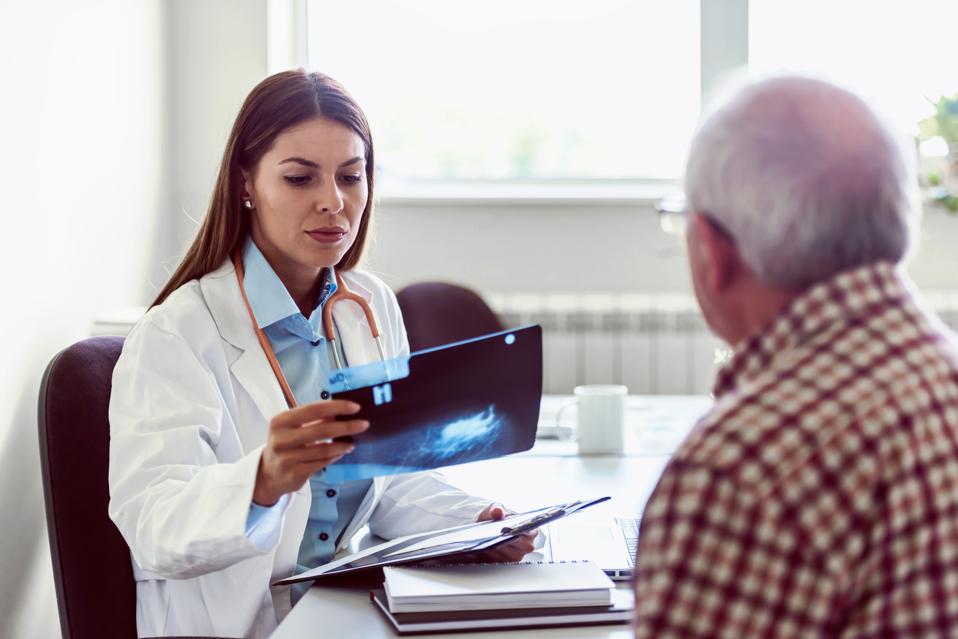 That, in turn, is a severe problem for the dual eligibles, caught between the two health programs and, consequently, often receiving less than optimal care. Yet these same people account for 40% of Medicaid spending and 27% of Medicare spending.

They’re also more likely to have multiple chronic conditions, plus what’s known as functional impairment — difficulties with activities of daily living, such as toileting, bathing, walking and getting dressed. And this combination is expensive for taxpayers, so there’s a big-picture reason to care: In 2015, Medicare per-beneficiary expenditures for individuals with multiple chronic conditions were roughly seven times higher than for those with one or no chronic conditions, according to a recent Bipartisan Policy Center report, Improving Care for High-Need, High-Cost Medicare Patients.

That’s why I was glad to see that The SCAN Foundation, focused on advancing a system of high-quality services for older adults and preserving their dignity and independence, just came out with an important, insightful report on Medicare, Medicaid and dual eligibles. (Full disclosure: The SCAN Foundation is a Next Avenue funder.) The report is especially timely now, with Medicare Open Enrollment starting Oct. 15 and Congress debating tinkering with Medicaid.

If The SCAN Foundation’s proposals in its Top 10 Recommendations to Strengthen Integrated Care turn into reality, dual eligibles could have a better quality of life, which would be great for them and for their families. It might save the government some money, too.

But Chernof says this is a problem both on the conceptual level (Medicare and Medicaid aren’t set up to work with each other) and on the operational level. He offers this example: To cover some home- or community-based services, Medicaid requires a denial letter from Medicare, but Medicare “will say it’s not a benefit [we provide], so we can’t deny it.”

Another problem: states don’t agree on the definition of “person-centered care.” Yet person-centered care is a core component of the dual eligible demonstration projects around the country. Says Chernof, a former general practitioner: “As a physician, I think it’s very important there be a plan of care that integrates medical services and home- and community services and one that’s built around a person’s goals, not just medical problems.”

Inconsistent on Functional and Social Needs

And would you believe that Medicare and Medicaid plans don’t have standardized assessment questions addressing a beneficiary’s non-medical (functional and social) needs?

“The Medicare world looks at diseases through coding, but has no measurement of function,” says Chernof. “But those with functional limitations are twice as expensive as those with just chronic conditions.” That’s why The SCAN Foundation is calling for standardization of non-medical health assessment questions for dual eligibles.

“If you asked me what’s the one thing CMS could do that would make a difference, it would be to require collection of data for a person’s activities of daily living, and create a plan of care that moves beyond just medical problems,” Chernof says.

Two more areas where The SCAN Foundation thinks the patchwork Medicare/Medicaid system could be improved: helping dual eligibles stay in their own homes rather than be forced to move into nursing homes and addressing their behavioral health (sometimes called mental health) issues.

Yet The Bipartisan Policy Center report noted that a home modification such as a railing installation or widening of a doorway might cost just $6 per month per Medicare eligible enrollee per year. “We spend a lot of money inefficiently in health care, where a little help for someone to live at home is better for the person,” said Chernof.

A CMS framework for states and health plans to develop systems integrating behavioral health services for a seamless care experience “is hugely important,” Chernof noted. “The acute medical care world and the behavioral health world still work too much in isolation. A lack of coordination is a primary driver of poor outcomes and inefficient use of services.”

Where Person-Centered Care Is Working

There are, however, a few places where person-centered care is working for frail, older Americans.

Chernof points to the 30-year-old Medicare/Medicaid program known as PACE (Program of All-Inclusive Care for the Elderly), which he calls “the gold standard.” It offers comprehensive medical and social services for people requiring institutional care, available through 233 PACE centers in 31 states. PACE has been found to reduce hospitalizations, nursing home use and mortality.

And, Chernof says, some of the new dual-eligible demonstration projects have “reported some early successes and savings.” Washington state’s, for example, generated over $60 million in Medicare savings over its first two years. And The SCAN Foundation data on the California project “shows people are reporting higher quality of care, better access to home- and community-based services and a 20% reduction in hospitalization,” Chernof notes.

Of course, it’ll take time for the government to get its Medicare/Medicaid act together — if it ever does. And the Trump administration has said the dual eligible projects need to demonstrate real quality improvements and cost savings in order to continue or expand to other states, so the future for these tests is cloudy.

Questions to Ask for the Best Care

Meantime, and just in time for Medicare Open Enrollment, Chernof suggests new Medicare beneficiaries or their families ask these four questions at initial medical examinations (known as Welcome to Medicare preventive visits) within the first 12 months of enrolling in Medicare Part B to help get the best care: