The Republican-led Senate proposal to give each state a fixed block grant of federal money to pay for Medicaid coverage for poor Americans doesn’t account for “increased financial stress” states face during economic downturns and natural disasters, insurers and governors opposed to the legislation say. 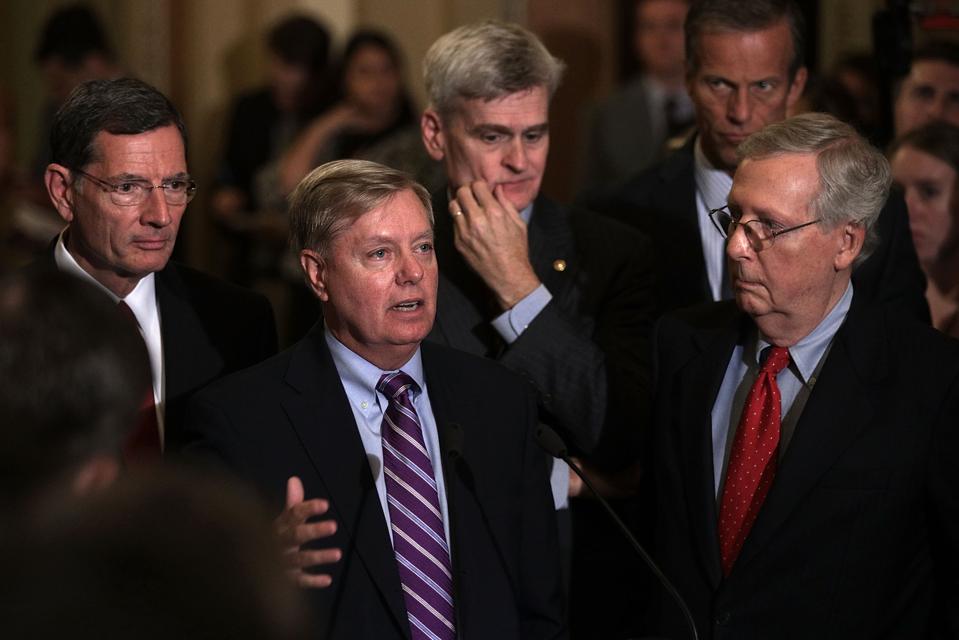 Perhaps the biggest financial change proposed in the legislation would lead to major cuts in federal spending by shifting Medicaid funding to block grants controlled by states. Historically, Medicaid has been more open-ended and funded via a match of funds between the states and federal government.

Thus, if a particular state Medicaid program was faced with a large number of people in need of expensive medicines or treatments, more federal dollars would flow to the state. States also see an uptick in Medicaid patients when companies lay off workers or suffer natural disasters like hurricanes Harvey, Irma and Maria.

“ (Block grants) do not take into account changes in population health . . . and unanticipated events like hurricanes or public health emergencies like the opioid addiction crisis,” MHPA’s Myers said in letters to Cassidy and Senate Republican leader Mitch McConnell. “Block grants are simply not a suitable mechanism for Medicaid. “We know and appreciate your interest in finding ways to address the challenges that Medicaid faces; unfortunately, in our view, significant reductions in funding over a short period of time combined with a fundamental restructuring of the federal commitment to our nation’s poor will dramatically destabilize the program.”

The concerns about block grants by Medicaid health plans were echoed by financial analysts at Fitch Ratings and several state Medicaid directors that said healthcare services would eventually either have to be reduced or other state-funded programs would suffer.

Because federal dollars for Medicaid account for about 20% of state budgets, Fitch said it “believes substantial Medicaid cuts would require states to make material budget adjustments over the next decade and beyond.”