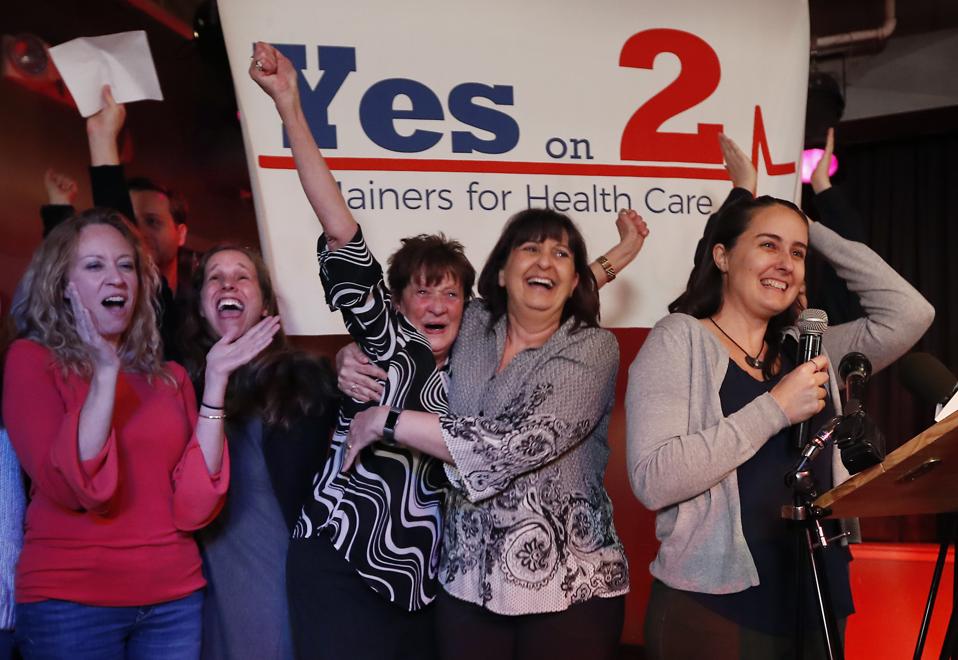 Campaigns to expand Medicaid via ballot initiative are making strides in several Republican-leaning states, including Idaho, Utah and Nebraska following a successful referendum in Maine.

In Idaho, for example, “The Medicaid for Idaho” campaign has had nearly a dozen events leading up to Christmas in hopes of getting the initiative on the November 2018 general election ballot. The campaign says about 78,000 Idaho residents fall into the “Medicaid gap, meaning that they earn too much money to qualify for Medicaid but not enough to afford insurance on the state (ACA) health care exchange,” according to Reclaim Idaho, which launched the Medicaid expansion ballot effort.

“Ever since the Maine vote, there are a lot of organizers across the country that are emboldened,” Reclaim Idaho co-founder Luke Mayville said in an interview. “They noticed something that people in Maine noticed.”

Medicaid expansion is “a policy being obstructed by legislators in spite of being broadly popular,” Reclaim Idaho ’s Mayville said. “That’s exactly what the ballot initiative process is designed for.”

To be sure, a group called Utah Decides Healthcare aims to put Medicaid expansion on the November 2018 general election ballot as well. Utah Decides had seven public hearings in November and this month began gathering signatures to get on the ballot. Meanwhile, support for a ballot initiative in Nebraska is growing while some lawmakers in Florida also want such a vote before the voters.

The expansion of Medicaid benefits under the Affordable Care Act has come a long way since the U.S. Supreme Court in 2012 gave states a choice in the matter. There were initially only about 20 states that sided with then President Barack Obama’s effort to expand the health insurance program for poor Americans. That number of states that have expanded has since grown to 32, the Kaiser Family Foundation’s tally shows.

Medicaid expansion has gained converts among Republicans even amid the repeated failures by Donald Trump and the GOP-led Congress to repeal the entire ACA. Now just 18 holdout states largely led by Republican governors or state legislatures are standing in the way much like Maine’s GOP Gov. Paul LePage who vetoed expansion five times.