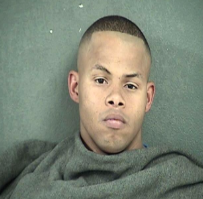 TOPEKA – A  Kansas man was ordered today to repay more than $13,000 to the Kansas Medicaid program after being found guilty of Medicaid fraud, according to Kansas Attorney General Derek Schmidt.

Jasmon Watson, 33, was found guilty in March of one count of Medicaid fraud by a Wyandotte County jury. Judge Bill L. Klapper today ordered Watson to repay $13,077.22 to the Kansas Medicaid Program. Judge Klapper also sentenced Watson to 12 months of probation with an underlying sentence of five months in the Kansas Department of Corrections. Convictions such as this one may also result in a period during which the defendant is prohibited from being paid wages through a government health care program.

An investigation revealed that Watson billed Medicaid for providing home care based services to individuals with traumatic brain injuries during the same hours he was working at another job. The crimes occurred between February 2013 and August 2014.