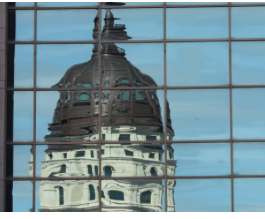 Lawmakers are on the verge of passing a bill that would force Gov. Jeff Colyer to back off on tighter restrictions for Medicaid or losing federal funding for the program.
FILE PHOTO / KANSAS NEWS SERVICE

Colyer wants a four-year extension of the federal waiver that allowed the state to privatize its $3 billion Medicaid program and re-name it KanCare in 2013. It currently covers more than 420,000 low-income, elderly and disabled Kansans

Early in the legislative session, lawmakers added language to a budget bill to stop Colyer from seeking federal approval for the eligibility changes. But they worried that the governor could still use his line-item veto to strike the proviso and move forward with KanCare 2.0.

To prevent that, the Senate Ways and Means Committee on Thursday approved an amendment authored by Republican Sen. Vicki Schmidt that ties all Medicaid funding to the survival of the proviso.

“The governor could still line-item veto (the proviso), but the consequences would be dire,” said Sen. Laura Kelly, the top Democrat on the committee and a candidate for governor.

A veto, Kelly said, would “un-fund our entire Medicaid program.”

Colyer’s office didn’t immediately respond to a request for comment.

At issue are Colyer’s proposals to impose lifetime benefit caps for some KanCare recipients and to require that others work or undergo job training to maintain their eligibility. Federal officials consistently rejected such restrictions since the inception of Medicaid in the mid-1960s.

But the leaders installed at the U.S. Department of Health and Human Services by President Donald Trump reversed that policy as part of an effort to lessen dependency on government assistance programs.

“People moving off of Medicaid is a good outcome,” Seema Verma, administrator of the Centers for Medicare and Medicaid Services, said in defense of work requirements at a January press conference at the White House.

“We hope that means they do not need the program anymore, that they have transitioned to a job that provides health insurance or that they can afford insurance on their own,” she said.

Critics of the tighter restrictions say Medicaid’s primary purpose is to provide health coverage to low-income, elderly and disabled people — not vocational services.

“There is no independent data that shows that work requirements do anything except reduce the number of people who get health care,” said Kansas House Minority Leader Jim Ward, a Wichita Democrat running for governor.

Jim McLean is managing director of the Kansas News Service. You can reach him on Twitter @jmcleanks.