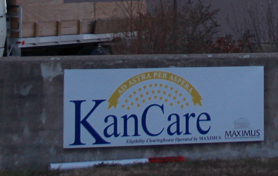 TOPEKA, Kan. (AP) — Kansas officials are proposing a new version of the state’s privatized Medicaid program that would require about 12,000 adults to work.

The proposal was unveiled Friday as the state considers changes to a program that serves more than 400,000 residents.

Kansas currently has no work requirement for Medicaid recipients and it would be the first state in the country to do so.

Gov. Sam Brownback’s administration says requiring some people to work will improve their lives. Officials note that of the 12,000 people that would be affected, most already are required to work because they receive welfare assistance.

Advocates for Medicaid recipients say work requirements are illegal and were not allowed before President Donald Trump’s administration.

The proposal must be approved by the federal government.

Kansas proposes: If you want Medicaid, you must have a job
Robert Green October 29, 2017 Medicaid News