What to to know about changes to Medicaid co-pay in Kentucky.
Scott Utterback, Louisville Courier Journal 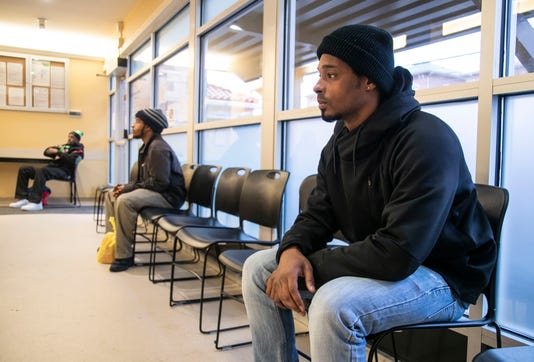 John Howard, 22, waits for a doctor’s appointment at Family Health Center on East Muhammad Ali. Although he doesn’t have health insurance, he’s able to get a checkup. Although he’s been homeless, Howard says he’s determined to be successful. He has a new job waiting for him. Dec. 27, 2018(Photo: Matt Stone/Courier Journal)Buy Photo

For John Howard, 22, staying healthy is part of his plan to lift himself out of homelessness by completing a local recovery program and finding a job.

Thursday, he was able to see a doctor to check on some health problems at the Family Health Centers’ Phoenix Health Care Clinic for the Homeless in Louisville, a visit paid for by his Medicaid coverage.

But starting Jan. 1, the state will require Howard and many other impoverished people across Kentucky who get health care through Medicaid to pay a $3 copay for most doctor’s visits, as well as copays for services such as dental care and prescription drugs. That alarms Howard who has no income and lives at Wayside Christian Mission, a shelter.

Over protests of multiple health care advocates and providers, the administration of Gov. Matt Bevin is introducing mandatory copays Tuesday for the majority of adults among the state’s nearly 1.4 million people covered by Medicaid, a federal-state health plan. Pregnant women and children are exempt.

Also, preventative services such as checkups, screenings, health counseling and some family planning services are exempt from copays, according to information on the state Medicaid website.

Bevin officials have said the move is to get people more engaged in their health care and become familiar with cost-sharing. Critics disagree.

“It’s a disaster,” said Dr. Robert Wojda, who sees patients at the Phoenix site, the largest clinic for the homeless in Kentucky. “These people are the poorest of the poor. They have the least.”

About 4,500 patients at the clinic are homeless and would be affected by the copay requirement, said Bill Wagner, CEO of Family Health Centers, a network of community clinics in the Louisville area that includes Phoenix.

“It’s unnecessary, it’s burdensome, it can discourage patients,” Wagner said. “I’m not sure what the purpose is of the copay.”

More than 25 health organizations statewide sent a Dec. 11 letter to the Bevin administration asking the state to reconsider the decision to impose copayments, arguing that research shows even modest copays create “barriers to access to necessary health services for low-income populations.”

Nonetheless, the copays are to take effect Jan. 1, according to the state Medicaid website. 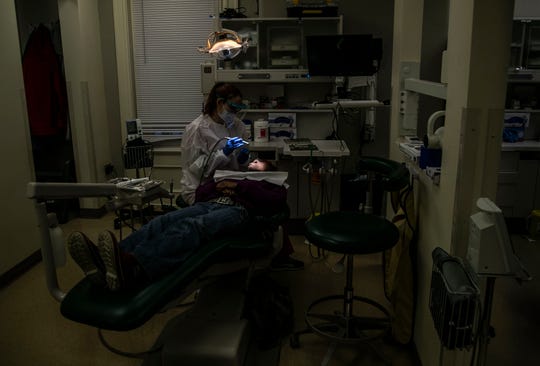 Copays range from $1 for generic prescription drugs to $50 for a hospital stay.

Doug Hogan, a spokesman for the Cabinet for Health and Family Services, which oversees Medicaid, said such such copays have long been permitted under federal rules but not applied by private, managed care companies that handle coverage for about 90 percent of the nearly 1.4 million Kentuckians on Medicaid.

Some people on Medicaid not included in managed care, such as blind or disabled individuals, already have small copays. By expanding copays to more Medicaid enrollees, this “creates a more uniform application,” Hogan said in an email.

You may like: Kentucky grants $1.3 million for health care hub in Louisville

Most managed care companies in Kentucky have waived the copays for their Medicaid patients in past years but a 2018 change in state rules forbids that.

At a public meeting in August, Adam Meier, secretary of the Cabinet for Health and Family Services, and Medicaid official Jill Hunter, said the copays are meant to get people more engaged in their health care and familiar with cost-sharing requirements of commercial insurance.

But Wagner, a longtime public health official, said there’s no evidence copays will do that.

“I think it’s an ideological belief that people who pay for something will value it more, that a copay will lead to higher patient engagement,” he said. “I don’t see any evidence for that.” 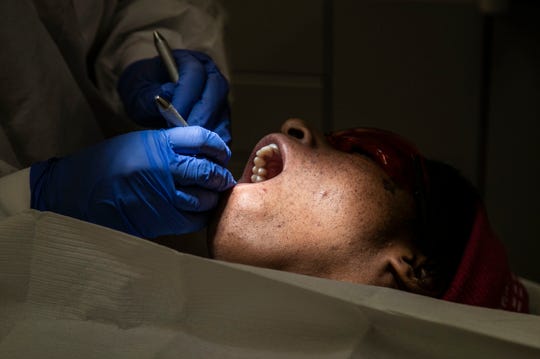 Many providers, including the Family Health Centers, say they will continue to see all patients who can’t pay and take a loss on the copay, which amounts to a cut in reimbursement.

But, under state rules, providers must still ask all patients to pay. Some fear even small copays will cause people to cut back on health care or skip vital services such as mental health and addiction treatment rather than admit they don’t have $3 for an office visit. 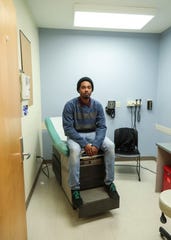 John Howard, 22, doesn’t have health insurance but does get care at the Family Health Center on East Muhammad Ali. “Right now, I’m living dollar to dollar, ” Howard said. “What if I get sick while I’m homeless? How do I pay for it?” Dec. 27, 2018 (Photo: Matt Stone/Courier Journal)

“It’s embarrassing for someone to say that,” said Jason Dunn, a policy analyst for the health coalition Kentucky Voices for Health, who wrote an opinion piece for the Courier Journal about the copays.

Karyn Hascal, president of the Healing Place, a Louisville drug and alcohol recovery center, said the copays could discourage clients who get outpatient services through its year-old Recovery Louisville program.

“Some of our clients don’t have that,” she said of the $3 copay for office visits. “They’re trying to figure out how to get bus fare to get here.”

Hascal said she’s also concerned overall about the impact of copays on people seeking addiction services funded by Medicaid as the state remains in the grip of a drug epidemic.

“People in addiction, their lives are not structured and organized,” she said. “When they get sober it takes a while to learn how to navigate the system and be responsible and follow through.”

“Just the fact that they know that they have a copay may discourage them from seeking the medical care that they need, whether it’s physical health care or mental health care,” she said.

Most Bridgehaven clients live on very limited incomes, able to work only part-time because of their illness, she said. And many have chronic health conditions, such as diabetes or high blood pressure that require frequent doctor’s visits and multiple prescription drugs.

In those cases, copays could quickly add up for Bridgehaven clients on fixed incomes who can ill afford them, she said.

The copays are separate from a broader overhaul of the state’s Medicaid system Bevin plans to introduce April 1. It will require “able-bodied” adults on Medicaid to prove they are working, volunteering or attending school at least 80 hours a month and pay monthly premiums for health care ranging from $1 to $15 per month.

Under those changes, people who pay premiums won’t have to make copays. Premiums are a feature that the administration believes will “have a significant effect on beneficiary engagement and improved health care utilization,” Hogan, the cabinet spokesman, said.

Many health advocates say it’s pointless and confusing to introduce copays Jan. 1, only to have the whole system changed in April. And that presumes Bevin’s plan to overhaul Medicaid, known as a waiver, survives a pending court challenge.

A federal judge in Washington struck down Bevin’s initial attempt to overhaul Medicaid in June and sent it back to the administration of President Donald Trump for further review. The Trump administration has again approved the plan but it remains subject to a pending legal challenge.

“It’s really unnecessary to implement these copays at this time,” Wagner said. “I think the waiver’s going to be tied up in the courts for a very long time.”

Kentucky’s new Medicaid work requirement begins to roll out on July 1. So, what does it do?
Rachel Aretakis/Louisville Courier Journal