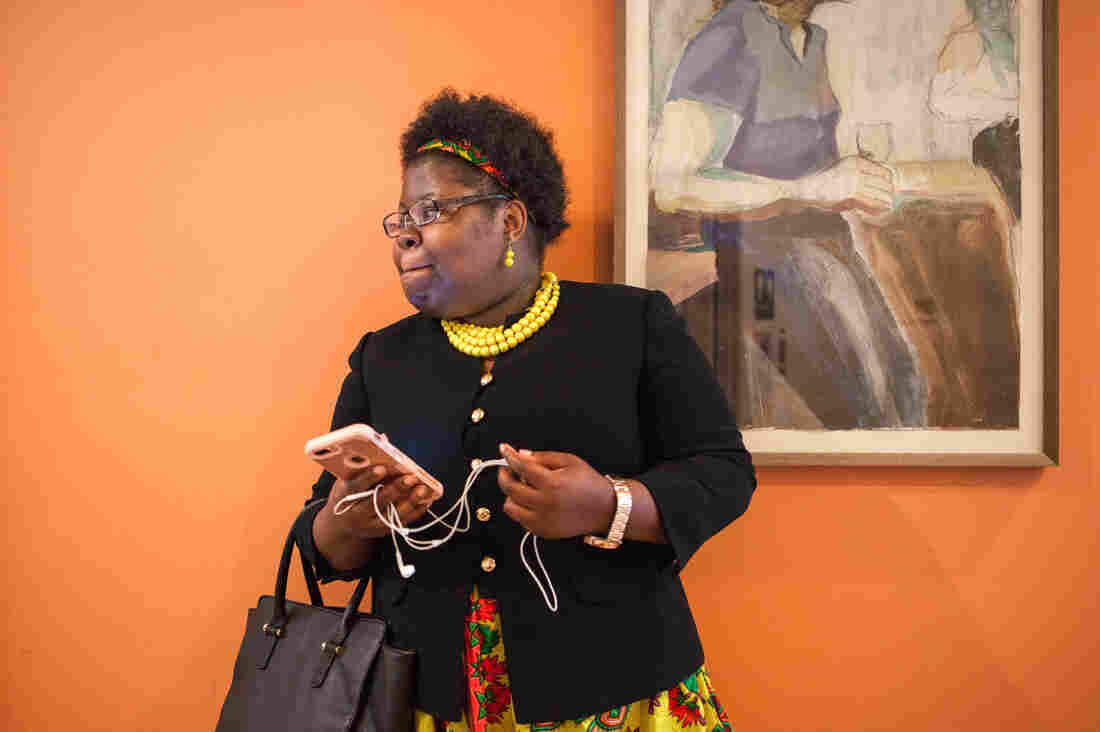 Ornella Mouketou in the waiting room at the McClendon Center, a mental health agency in Washington, D.C. 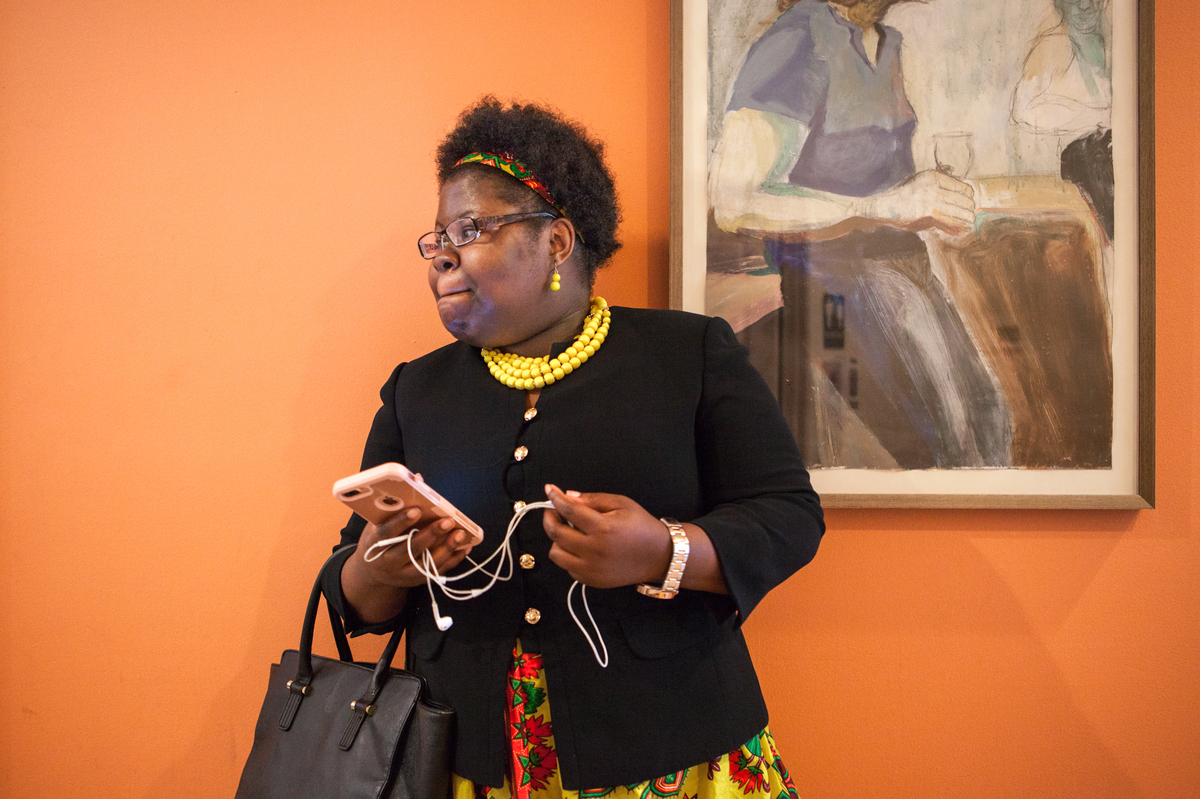 Ornella Mouketou in the waiting room at the McClendon Center, a mental health agency in Washington, D.C.

It was about a year ago that Ornella Mouketou walked into the emergency room at the George Washington University Hospital in Washington, D.C., and told them she wanted to end her life.

She was in her early 20s, unemployed and depressed.

She spent a few days in the psychiatric ward at the hospital, and while there, she met a case manager from the McClendon Center, a mental health agency. That person followed up after she went home and is still in touch with her now.

“They kept in contact with me. They came to my house,” says Mouketou, who now takes a prescription mood stabilizer and has weekly therapy sessions at the McClendon Center to manage her depression. 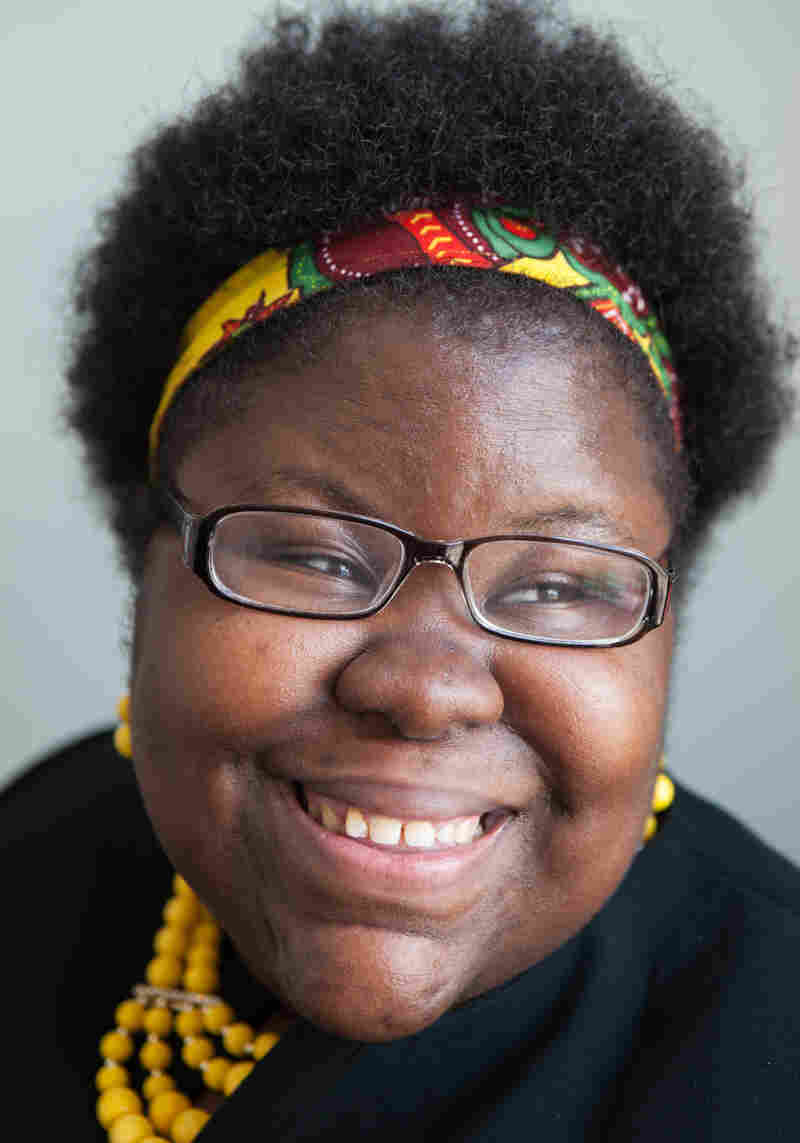 Ornella Mouketou, 25, has a job at a CVS pharmacy and is working toward becoming a pharmacy technician.

Today, Mouketou has a job at a CVS pharmacy, earning $11.50 an hour, and she’s working toward becoming a pharmacy technician.

All of Mouketou’s care has been paid for by her Medicaid managed care insurance plan, run by AmeriHealth.

Mouketou, 25, qualifies for Medicaid only because Washington, D.C., agreed to expand the program as allowed under the Affordable Care Act. If the Senate’s health care bill becomes law, Mouketou’s access to Medicaid would likely disappear in a few years.

“That will be heartbreaking,” she says.

Linda Rosenberg, president of the National Council for Behavioral Health, says the expansion of Medicaid has helped many people who were unable to work, or who earned very little, boost their opportunities. The National Council represents non-profit and public mental health care centers, including the McClendon Center in D.C. where Mouketou gets her care.

Under the health bill being considered in the Senate, states that expanded Medicaid would see the federal money that helps pay the costs of that additional health care ratcheted back over four years, starting in 2020. States would still have the option of offering health care to the expansion population, which consists of adults with incomes up to 133 percent of the federal poverty level. However, lower federal reimbursement rates mean few states would be able to afford it.

The rollback would not only affect people like Mouketou, but also the programs that benefit her and other low-income people with mental health issues. 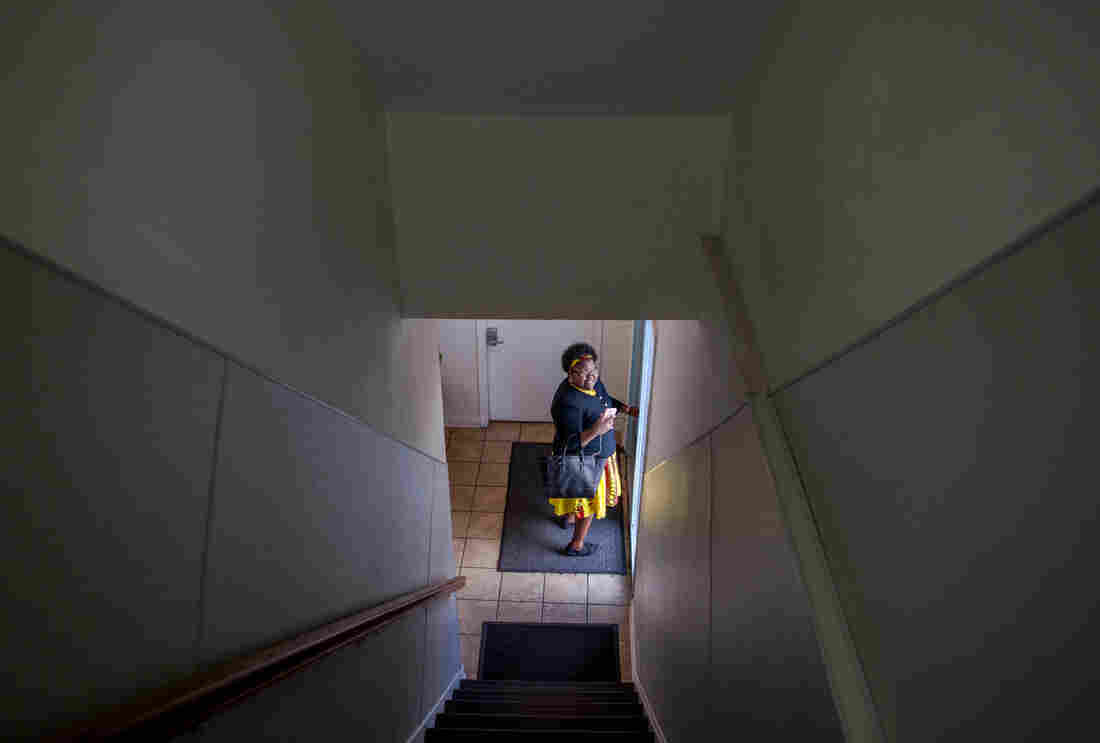 Ornella Mouketou worries that a rollback of Medicaid could end her access to mental health services. 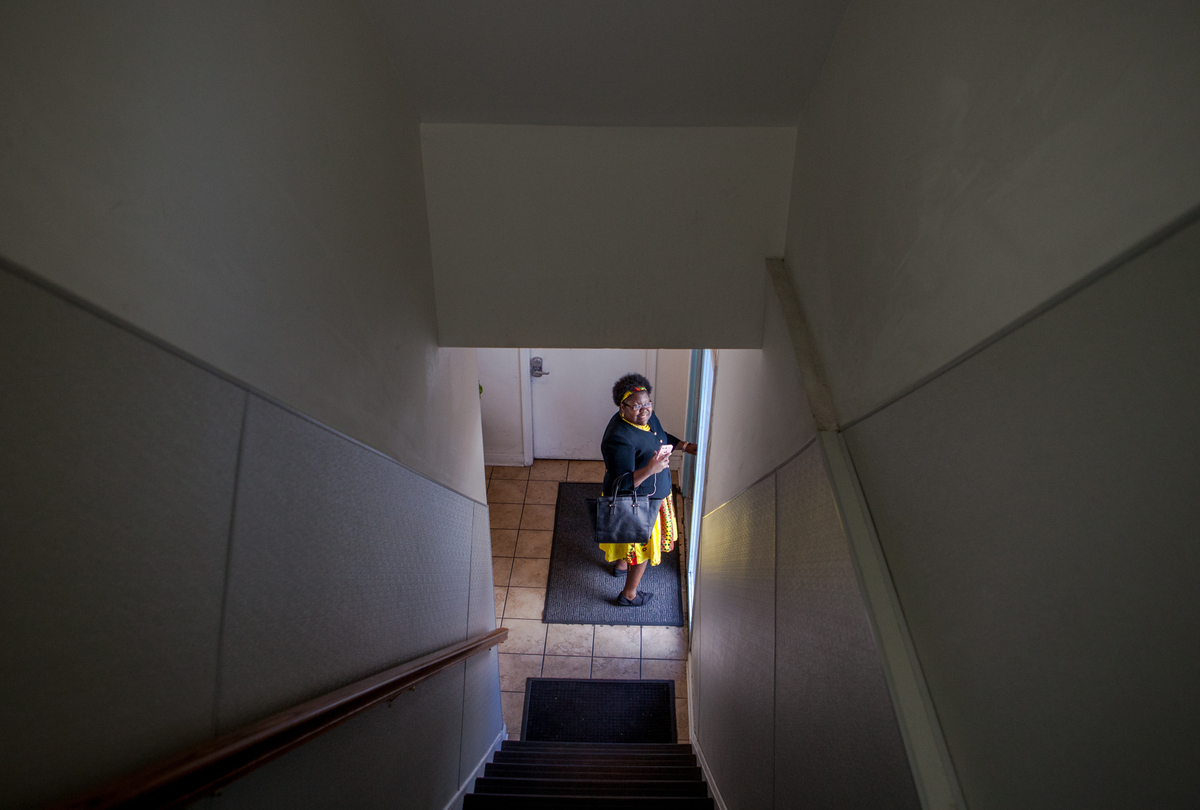 Ornella Mouketou worries that a rollback of Medicaid could end her access to mental health services.

The McClendon Center has expanded its services, including opening a new counseling center, precisely because most of its patient care is now paid for under the Medicaid expansion, says CEO Dennis Hobb. He says 85 percent of its income is from Medicaid.

“It’s been great for those folks, because before, they didn’t have any mental health benefit,” he says.

Hobb says the center has worked with AmeriHealth Caritas, D.C.’s biggest Medicaid managed care provider, to develop an intense intervention program for people in mental health emergencies like the one Mouketou experienced.

“When any patient is admitted to a psychiatric hospital, we go in, and we follow them for 30 days,” he says. If someone goes to an emergency room and is not admitted, McClendon seeks them out at home within seven days and assigns a case manager.

The result? The readmission rates of people with mental health emergencies fell among McClendon’s client population.

“You’re saving money by putting it up front and getting people the services they need,” Hobb says. “That’s cheaper. It saves money down the line.”

Hobb worries all that progress will be reversed if the money from Medicaid is withdrawn. “I think what would really happen is that a lot of people would go back to how it was eight years ago, when people weren’t getting what they needed.” Hobb says people with severe mental illness die, on average, 25 years earlier than the general population.

“People die because they don’t have good health care,” he says.