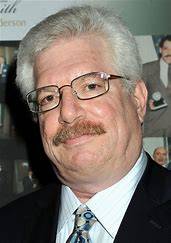 One of the most popular partisan attacks on Medicaid is the claim that the program’s expansion under the Affordable Care Act exacerbated the opioid crisis in America.

You’ll find this claim retailed on right-wing websites across the internet. It’s been energetically marketed by Sen. Ron Johnson, R-Wis., who paints a picture of an army of Medicaid patients using their government-provided ID cards to obtain prescription opioids for free, then turning around and selling the drugs at a terrific markup.

Johnson’s claim has been widely debunked, but a new paper from a group of researchers at Johns Hopkins University emphasizes another aspect of the matter generally overlooked or minimized by Johnson and his acolytes: Medicaid, including Medicaid expansion, is crucial for treating the opioid epidemic.

That drug combination, typically marketed as Suboxone, is an established treatment for opioid addiction because it reduces craving and withdrawal symptoms. But it’s available only through a doctor’s prescription and carries a list price of nearly $200 per month.

“To get into a doctor’s office generally takes some financial resources,” Saloner says. That’s where Medicaid comes in.

Saloner’s paper, published in the Journal of the American Medical Association, was based on the records of nearly 12 million patients who filled prescriptions for opioid pain medications from 2010 through 2015 in the Medicaid-expansion states of California, Maryland and Washington, and the non-expansion states of Florida and Georgia.

Some context is useful. While it’s true, as Johnson says, that drug-overdose deaths have risen at an alarming rate since Medicaid expansion began, they also were rising at an alarming rate before Medicaid expansion began. The trend began in the 1990s, when doctors began prescribing opioids such as oxycodone in the belief that they would relieve chronic pain with minimal risk of addiction.

It’s true that the number of opioid prescriptions Medicaid paid for increased after 2014, and at a higher rate in expansion states, but coverage by other payers such as Medicare and private insurers as well as by cash leveled off or fell, according to the Johns Hopkins study.

Overall prescriptions did not increase after expansion.

The most important aspect of the story is that more patients have access to buprenorphine-naloxone.

Saloner of Johns Hopkins says the discussion of whether Medicaid helped or hurt in the opioid crisis is a “swirling political dialogue” that obscures the real task ahead to quell the crisis.

“We need to have a more serious conversation about what we need to do to make sure that people get the treatment they need when they need it,” he says. “There’s a lot of hard work that has to get done once you get people into Medicaid. It’s a necessary condition but not sufficient.”

Michael Hiltzik is a columnist and reporter who has written extensively for the Los Angeles Times. In 1999, he won a Pulitzer Prize for beat reporting for co-writing a series of articles about corruption in the music industry. In 2004, he won a Gerald Loeb Award for Distinguished Business and Financial Journalism. The Associated Press distributes his columns.