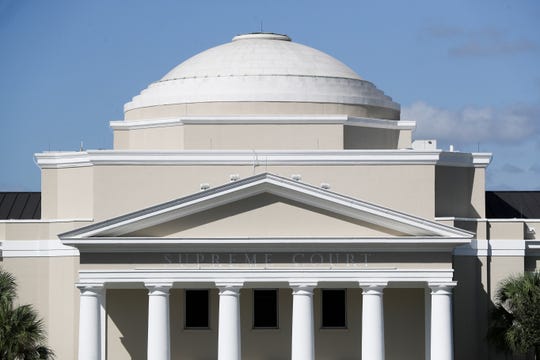 A proposed constitutional amendment that would expand eligibility for the Medicaid program has passed a key initial threshold, readying it for review by the Florida Supreme Court.

The political committee Florida Decides Healthcare, Inc., had submitted 81,690 valid petition signatures to the state Division of Elections as of Monday morning, topping a 76,632-signature threshold that triggers a Supreme Court review, according to information on the state elections website.

The Supreme Court will review the proposed ballot wording to determine if it meets legal standards. If the Supreme Court signs off, the political committee would need to submit a total of 766,200 signatures to get the Medicaid measure on the November 2020 ballot.

The proposal would expand Medicaid coverage to low-income adults who currently are not eligible. Florida lawmakers have repeatedly rejected such an expansion, which is optional for states as part of the federal Affordable Care Act.

The proposed constitutional amendment would expand eligibility to people whose incomes are up to 138% of the federal poverty level, an amount that varies depending on the number of people in a family.