Raleigh, N.C. — It is an unpleasant statistic – more mothers die during, or just after, giving birth in the United States than any other developed country. Black women are at particular risk.

A state-wide Medicaid program is credited with the gains.

Perinatal nurse Joyce Jiggetts says her favorite part of her job is seeing mom and baby happy and healthy after a successful delivery.

Melissa Jackson has a previous child prematurely and early screenings classified her as high risk. 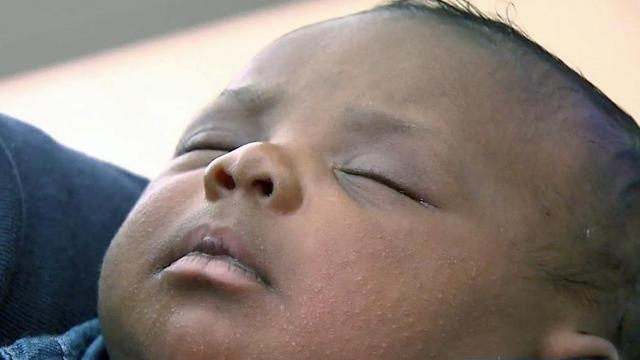 Jiggetts played coach, counselor and nurse for Jackson through her entire pregnancy.

“(She’s) just someone that fills in the blanks. If I have a question or I couldn’t get in touch with the doctor or if I was maybe even feeling out of sorts, you know,” Jackson said.

Jiggetts is one of 420 pregnancy care managers stationed at hospitals and county health departments across North Carolina. The program, run by Community Care of North Carolina, is only about six years old.

Kate Berrien, vice president of clinical programs at CCNC, said the program uses new technology to identify and target moms most at risk and provide them extra care.

“We’re working with women who may be juggling multiple health conditions while they’re pregnant and seeing lots of specialists, needing lots of testing, needing very frequent, close follow-ups to have a safe pregnancy,” Berrien said.

Jiggetts says she keeps in close touch with her patients.

Last year, Medicaid covered nearly 54,000 pregnant women in the state. Half of them got support from a pregnancy care manager.

“It’s a sizeable population. We really want to make sure that we’re targeting our most intensive services to the women who are going to benefit the most from what we have to offer,” Berrien said.

CCNC told WRAL News that the program also saves the state tens of millions of dollars by providing the direct guidance and helping reduce trips to the emergency room.