The complexities of Medicaid often contribute to the confusion of the program. Here, we break down some of the numbers for Mississippi Medicaid.
Dustin Barnes/The Clarion-Ledger 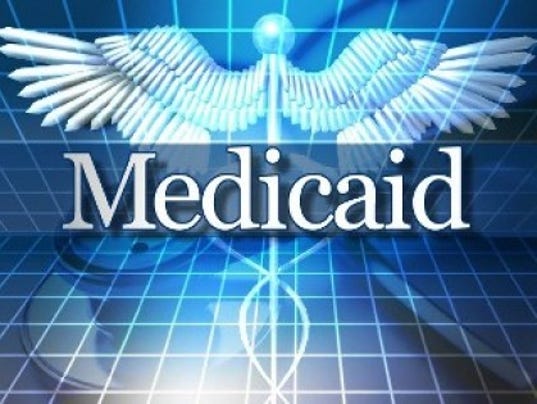 Medicaid logo(Photo: Special to the Clarion-Ledger)

The Mississippi Division of Medicaid recovered more than $8.6 million through audits of its medical claims in the fiscal year that ended June 30, according to a news release from the division Monday.

“Recouping funds can result from a range of factors that involve the payment or responsibilities of providers or beneficiaries, or even outright fraud, such as billing for health services a beneficiary did not receive from a provider,” the news release states. “Responsibly monitoring each dollar spent is a key part of how DOM holds both beneficiaries and providers accountable for using the program appropriately.”

“This is federal and state money that we have a responsibility to recover, but at the same time we put a lot of effort into preventing it in the first place through policy and system changes,” David J. Dzielak, the division’s executive director, said in the release.

From implementing managed care to the 2017 Medicaid fraud prevention bill, or “the HOPE Act,” Mississippi has recognized a need to contain health care spending.

In most cases, the companies require providers to prove services are medically necessary before they approve reimbursement. Some providers and lawmakers complain the companies are simply denying good claims to save money.

Skepticism surrounding the program’s purported savings — Medicaid officials say they’ve avoided $210 million in costs to the division — led the Legislature to appropriate funds for a study to determine the savings.

The state has moved patients from Medicaid to managed care incrementally over the years. It now serves roughly half a million Mississippians including children, the largest Medicaid population.

Here’s the breakdown of the recovered $8.6 million:

“Our partnership with the Division of Medicaid, specifically the Program Integrity Unit, plays a key role in continuing the fight against fraud in health care benefit programs,” Attorney General Jim Hood said in the news release. “The Medicaid Fraud Control Unit staff is committed to protecting our most vulnerable citizens and the resources needed to serve them. Not only does our partnership allow for the prosecution of those defrauding the program and the prosecution of those abusing and neglecting patients, but it also allows court ordered restitution and penalties in both criminal and civil cases.”

(The Division of Medicaid’s Office of Third Party Liability exists to determine Medicaid is the last resort and that there are no other liable payers.)

Medicaid fraud or abuse can be reported to the Division of Medicaid by calling 601-576-4162 or submitting a complaint online.