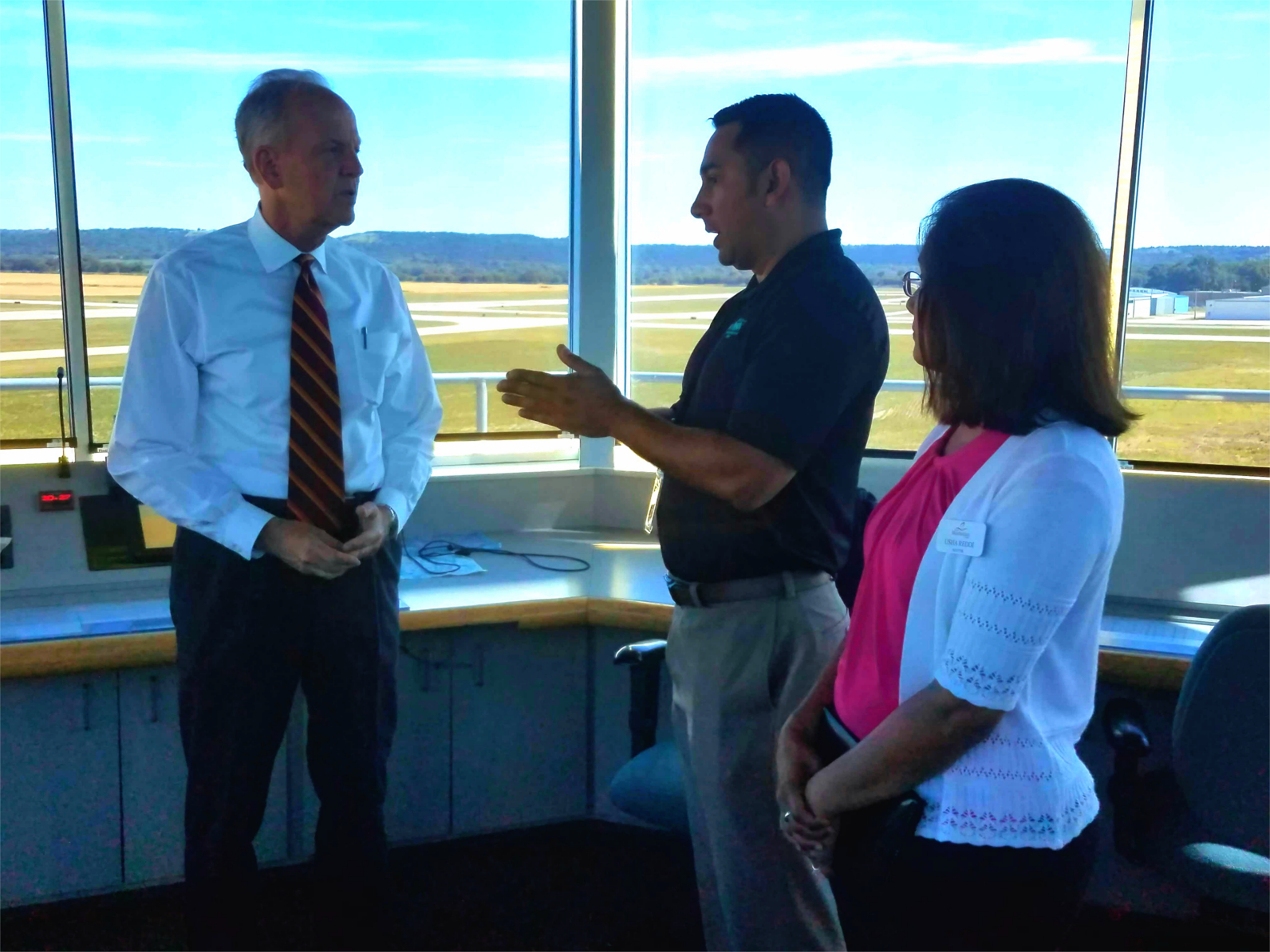 It was difficult to gauge Saturday morning where U.S. Senator Jerry Moran (R-Kan.) stood on the Senate healthcare bill that was finally released to the public — and apparently to Moran himself — late Thursday afternoon.

For the most part, Moran reiterated remarks he made on the draft of the legislation through a statement on his YouTube channel Thursday. But it doesn’t seem like his uneasiness expressed with the bill then has faded since.

“As a Kansan — and particularly as a rural Kansan — keeping our hospital doors open and physicians in our communities… does this legislation increase the chances that a hospital is going to be more viable in small-town Kansas?” Moran said outside the air traffic control tower at Manhattan Regional Airport. “Even if we were successful in reducing the cost of healthcare, if your hospital isn’t there and the doors close, then you don’t have access to that more affordable healthcare.”

The Plainville native — a north central Kansas town of less than 2,000 people — was back in the Little Apple to visit with city and airport officials about the growth of an airport that has tripled in size over the past five years, booked larger jets and is fighting to secure funding for the reconstruction of a thicker and longer runway. He also reassured officials he’s against the Trump administration’s flirtations with the privatization of air traffic control.

But with Senate Majority Leader Mitch McConnell steering the healthcare bill to a pre-July 4 vote and the pressure on the hill mounting, Moran continued to express deep concerns about the bill when asked by KMAN.

“I continue to review what’s in there,” said Moran after the airport tour and discussion wrapped up. “It was not made available until mid-day Thursday. We’re waiting on a Congressional Budget Office score, which is expected on Monday.

“What I’ve said, and continue to say, is that we’re going to analyze this from a Kansas point of view. This ought not be a political or partisan kind of thing — this is not about Republicans scoring points or Democrats scoring points. It’s about does this make the access to affordable healthcare better for Kansans or Americans or not?”

Moran said coverage for pre-existing conditions, as Obamacare already provides, is important to him, while also keeping costs low.

“The Affordable Care Act — Obamacare — has really failed in regard to lowering the costs of premiums for everyday families, and that’s an issue that matters to every American, no matter what their income is,” he said.

What may be the biggest sticking point — and perhaps why the bill hasn’t so far received Moran’s definitive support — is what happens to Medicaid if the bill as it’s drafted now reaches President Trump’s desk.

Medicaid covers roughly 70 million low-income people, pregnant women, disabled people and the elderly. Obamacare expanded Medicaid, and allowed states to run their own program. The federal government covers 100 percent of the costs for new state enrollees until 2019, and 90 percent of costs after that.

Kansas, however, never participated in the expansion and continues to opt out. On March 30, Republican Gov. Sam Brownback vetoed a bill from the GOP-controlled legislature that would have included the state in Medicaid expansion. An effort by lawmakers on April 3 to override that veto failed.

The current Senate healthcare bill aims to undo most of that architecture, moving more of those costs to states and capping how much states can spend on Medicaid programs.

Moran said he’s anxious to learn what Medicaid limitations would mean for Kansans with disabilities, along with hospitals.

“Most of our hospitals in Kansas are hanging on by a thread,” he said. “Many of them, if you ask if they’re in the red or the black, they’ll say it depends on what day you ask.

“Medicaid is a component of how hospitals get paid for providing services to people who have little or no income or no insurance. So, the issue there, is the law requires the hospital to see a patient — you can’t deny them services. The question is, how do we make certain that hospital gets paid for providing services? The end result is, if we don’t, those costs, as best they can, are passed on to people who do have insurance. So, by Medicaid not paying a sufficient amount to cover the costs, the costs are shifted, increasing the costs of healthcare for everybody else.”

The AARP — formerly the American Association of Retired Persons  — announced its opposition to the bill Thursday. So far, five Republican Senators have said they’d vote against the bill.