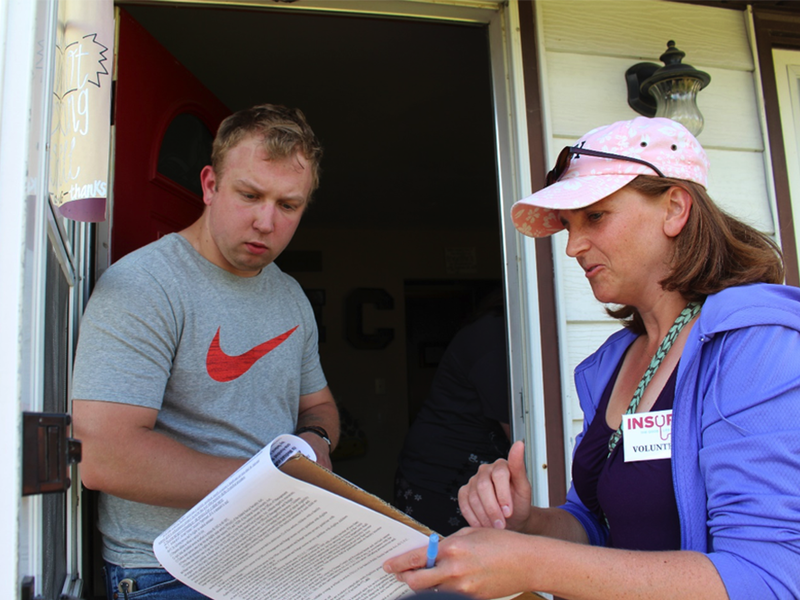 Voters in Nebraska may get to decide whether their state expands Medicaid this November.

Supporters of Nebraska’s Medicaid expansion campaign, Insure the Good Life, turned in petitions bearing more than 133,000 signatures to the secretary of state Thursday. If 85,000 are validated, the issue will appear on ballots this fall.

“Now people will speak out and get the job done that should have been done long ago,” says state Sen. Adam Morfeld, a Democrat from Lincoln, Neb. He has introduced two failed proposals to expand Medicaid in the Legislature.

If it places the issue before voters, Nebraska will join Utah, where a ballot measure has been certified, and likely Idaho, where signatures are expected to be submitted for certification Friday. Montana’s voters may also vote on a measure to extend their existing expansion, which is set to expire in 2019.

So far, 34 states have approved expanded Medicaid under the Affordable Care Act. The expansion grants eligibility to many low-income adults who were previously excluded from the government-funded health care program.

Last year, Maine residents bypassed the Legislature and voted to expand Medicaid, although that expansion has been held up by a funding dispute with Gov. Paul LePage.

In Nebraska, multiple expansion proposals have been blocked over the past six years — by a coalition of conservative legislators.

Thursday’s submission of the petition signatures drew immediate opposition from the local chapter of the Koch Network-backed Americans For Prosperity, which vowed to oppose the pro-expansion campaign.

“Enrollment has far outpaced estimates in states where Medicaid was expanded,” says Jessica Shelburn, Americans For Prosperity’s Nebraska director. “As a result, states are left scrambling for ways to cover budget shortfalls while still paying for other essential community services like education and public safety.” 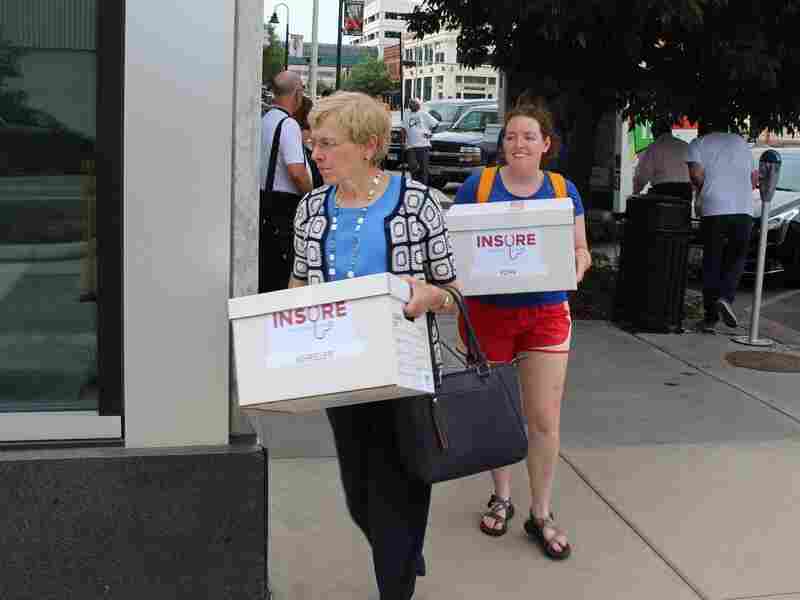 Supporters of Medicaid expansion lug boxes of petitions to the Nebraska secretary of state’s office Thursday.

But Matthew Buettgens, a senior fellow at the Urban Institute, a government- and foundation-supported policy research group, says such budget discussion should take into account increased tax revenues and economic activity.

“Of the states that have done detailed estimates of what effect does Medicaid expansion have on the budget generally it’s been found to be a net gain for the state,” he says.

Supporters say expansion could bring health insurance to around 90,000 low-income Nebraskans — single people making up to 138 percent of the federal poverty line, or $16,753 a year, or $34,638 for a four-person household.

By law, the federal government would be required to pay 90 percent of the cost of that additional coverage. Nebraska Gov. Pete Ricketts questions that guarantee and has said many times that he opposes Medicaid expansion on fiscal grounds.

“We cannot trust the Federal Government’s long-term financial commitment to state programs,” Ricketts wrote in a column on his website.

And opponents argue even the 10 percent state share of the cost could threaten other spending priorities, like education and roads. Ricketts said at a news conference Thursday he is concerned about shifting Medicaid’s focus from “the people who are truly vulnerable.”

He suggested the Medicaid expansion population’s needs can be addressed “through the private sector, by creating jobs that have those types of benefits.”

Nebraska county election officials are now starting to check the more than 133,000 petition signatures against voting rolls. It is likely to be mid-August before the results are made official, but supporters are confident they have enough for Medicaid expansion to be on the ballot.

Many of those signatures were collected by paid petition circulators, paid out of Insure the Good Life’s roughly $1 million campaign. The campaign’s last spending report showed nearly three-quarters of its money came from Washington, D.C.-based nonprofit The Fairness Project, which is backed by health care labor unions. About two dozen Nebraska nonprofits supported the campaign. 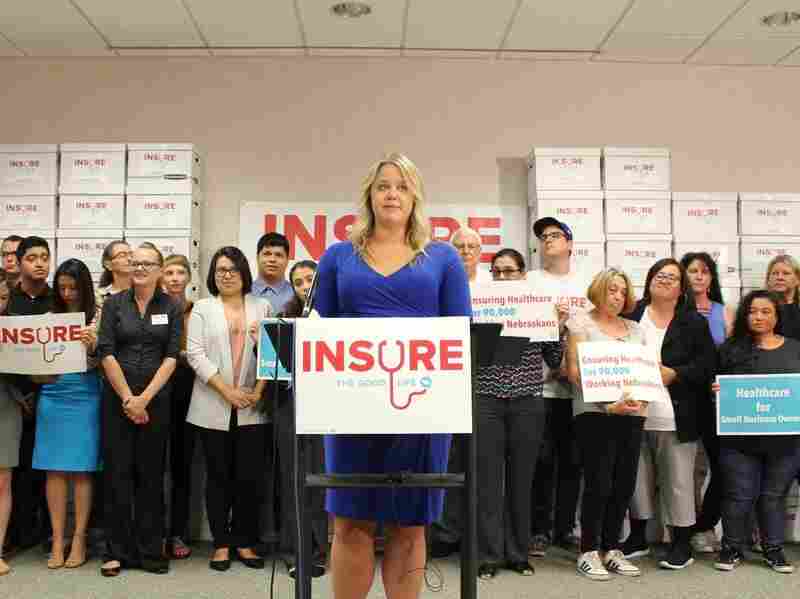 Even if the proposed expansion makes it onto the ballot and voters approve it, the fight may not be over, says the Urban Institute’s Buettgens, citing the continuing battle in Maine.

“The referendum will not be enough,” he says. “There has to be a practical, funded plan to implement it in the state. And that will require the Legislature and the governor to cooperate and go along with that.”

The states where Medicaid expansion has been most successful have state government support, Buettgens adds.

Whatever happens next, the months-long process of gathering those signatures has had value beyond meeting the legal requirements, says initiative supporter Becky Gould. Gould heads Nebraska Appleseed, a legal advocacy group for low-income people that is part of the expansion campaign.

On a sweltering summer evening a few days before the petition drive ended, Gould walked house to house in search of a few more petition signatures in the little town of Valparaiso, Neb., population 570. On the front porch of one house, after Gould made her pitch, the owner said she wasn’t interested.

Gould was undeterred. “In these times, it feels like having those conversations is just as important as having the ones where people sign,” she says. “We can agreeably disagree on things and know that that’s OK.”

And Gould says going door to door has reinforced her support for the issue. She talks about one woman she met who had been left uninsured and struggling when her husband died.

“I think those stories like that remind you of why you’re doing this,” she says. “There’s a lot of people out there who need access to just basic health care.”