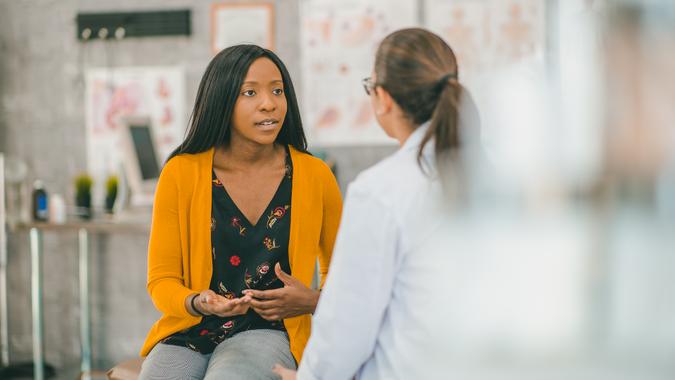 A new study by the Virginia Commonwealth University School of Medicine published in the journal Health Affairs is giving credence to the calls to expand Medicaid, showing that new enrollees are reporting less financial stress as a result of having the subsidized healthcare benefits.

Social Security Schedule: When August 2022 Benefits Will Be Sent
Looking To Diversify in a Bear Market? Consider These 6 Alternative Investments

Though the study only applies to Virginia residents who have taken part in that state’s newly expanded Medicaid program, its implications are wide-reaching. Authors state the report is the first of its kind in America to “analyze the changes in subjective financial distress” for new enrollees, looking at participants’ changing financial situations a year after joining the program.

“Through this research, we are getting a closer look into how Medicaid expansion could be creating positive financial changes and improving equity for low-income families,” said Hannah Shadowen, an M.D.-Ph.D. student at VCU School of Medicine, who was the lead author of the study. VCU is the driving force behind analyzing the state’s expanded Medicaid rollout over a 5-year period, which began in 2019 and has since impacted 500,000 people, working alongside the Virginia Department of Medical Assistance Services.

To collect data, the research team polled eligible Medicaid participants a year prior to enrolling in the program, then followed up with a survey 18 months after having first received benefits. More than 3,000 people across a wide range of rural and urban locations, gender, ethnicity and age took part in the study, which ran from August 2020 to May 2021. The focus was to see how financial worries regarding costs for health care and non-related necessities such as food, housing and monthly bills changed as a result of being offered Medicaid benefits.

The results showed that, after a year of being on Medicaid, 33.7% of respondents reported being “less likely to be concerned” regarding regular healthcare costs, while 23.8% weren’t as concerned about “catastrophic” health care situations. Respondents generally did not report having problems paying medical bills and had less stress over nonmedical expenses, as well.

“It’s very encouraging to see that low-income families from different backgrounds were all experiencing similar positive effects from Medicaid enrollment,” lead author Shadowen added. “In fact, when we did see a few differences in outcomes, individuals from groups historically marginalized experienced even greater positive outcomes after enrollment. This is an encouraging sign that publicly funded coverage can actually encourage health equity.”

As previously reported by GOBankingRates, the number of those enrolled in Medicaid reached an all-time high throughout the pandemic, with 74 million Americans covered with benefits, an increase of 9.7 million people, between February 2020 and January 2021. The uptick was caused by many losing health benefits as of being laid off or a change to income, as well as states receiving additional federal funding to expand Medicaid — a critical development during a public health emergency.

Explore: Social Security, SNAP, Medicaid and WIC Beneficiaries Could Receive $30 or More Off Internet Access
Learn: Why Are 40% of Americans Struggling With Healthcare Debt?

VCU’s new study also highlights this dynamic, citing the unique timing of the report with Andrew Barnes, Ph.D., a professor in VCU’s Department of Health Behavior and Policy noting, “For many low-income families in the U.S., Medicaid is an important social safety net. The COVID-19 pandemic has reinforced this role as millions of Americans lost their jobs and employer-based health insurance coverage. Our findings offer evidence for the potentially critical role of Medicaid expansion during times of public health crisis and economic hardships.”