Early in the COVID-19 pandemic, residents and staff at nursing homes and other long-term care facilities accounted for a huge share of COVID deaths, but a new KFF analysis finds that they were relatively rare events across the country in June.

The analysis is based on data as of the week of June 27 from 42 states and the District of Columbia that report on cases and deaths in long-term care consistently enough to allow analysis of trends. It covers a period prior to the recent rise in cases and deaths nationally linked to the spread of the Delta variant. 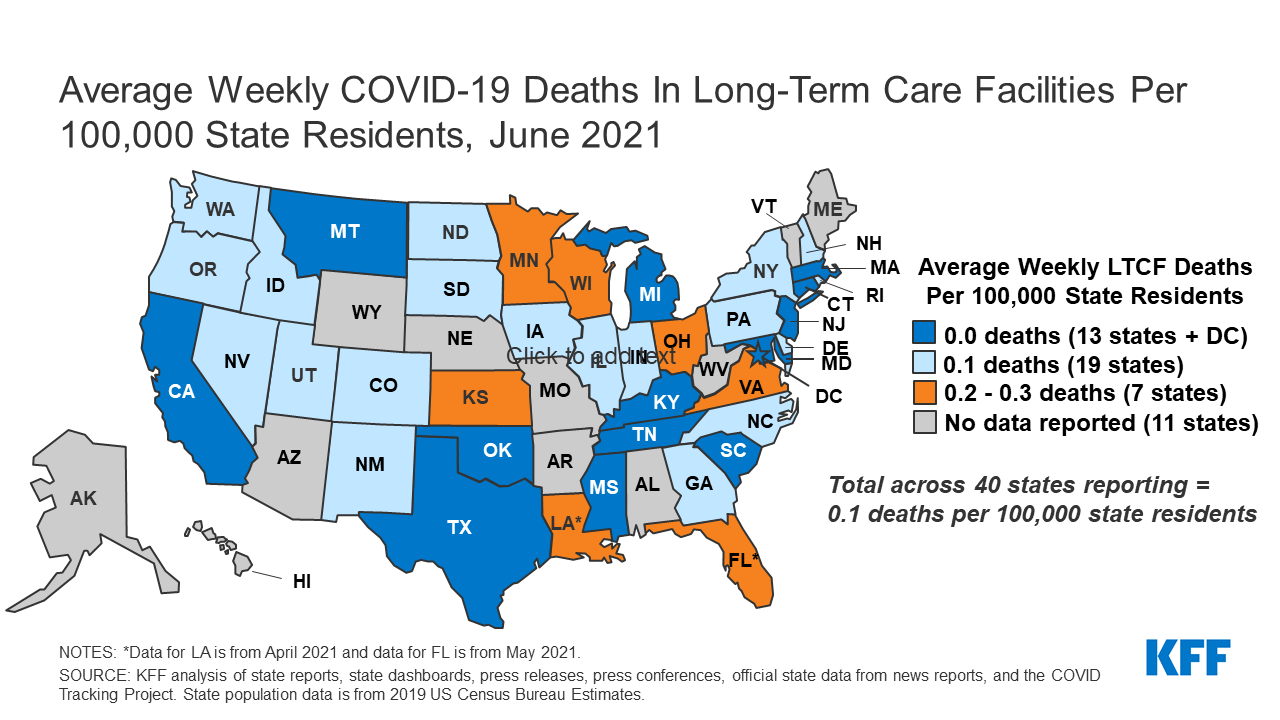 Cases in long-term care facilities nationally averaged 0.5 per week per 100,000 population in June, down 97 percent from their peak in December. The analysis notes how quickly deaths and cases fell as the federal Pharmacy Partnership delivered nearly 8 million COVID-19 vaccine doses to long-term care residents and staff between December and April.

Once Common, COVID-19 Deaths in Long-Term Care Were Rare across Most States in June
Robert Green August 3, 2021 Medicaid News