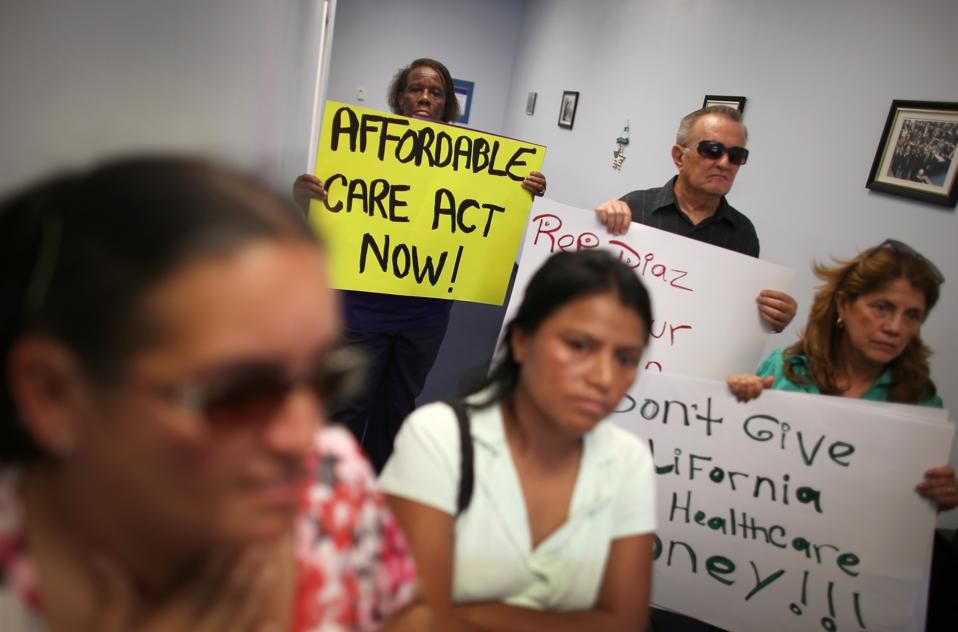 The UtahPolicy.com poll by Dan Jones & Associates asked whether Utah registered voters supported or opposed requiring Utah to expand Medicaid “as proposed under the Affordable Care Act to all those who qualify up to 138 percent of the federal poverty level.” There were 59% of Utah registered voters who said they favored the ACA’s Medicaid expansion while 36 percent opposed it while 4% said they didn’t know, the poll showed.

It’s the latest momentum for campaigns to expand Medicaid via ballot initiative in several Republican-leaning states, including Idaho, Utah and Nebraska following a successful referendum in Maine on Nov. 7. The UtahPolicy.com poll was conducted Nov. 16-21 of 600 registered voters.

A group called Utah Decides Healthcare aims to put Medicaid expansion on the ballot in November 2018. Organizers need 113,143 signatures by the middle of April 2018 to get on the general election ballot. More than 100,000 Utah residents would gain coverage if the ballot initiative passes, organizers said.

The story is similar in Idaho, where a group called Reclaim Idaho is holding meetings and beginning to gather signatures for a Medicaid expansion ballot effort. “Ever since the Maine vote, there are a lot of candidates and organizers across the country that are emboldened,” Reclaim Idaho co-founder Luke Mayville said in an interview earlier this month.

The expansion of Medicaid benefits under the ACA has come a long way since the U.S. Supreme Court in 2012 allowed states to opt out of expanding Medicaid benefits. There were initially only about 20 states that sided with then President Barack Obama’s effort to expand the health insurance program for poor Americans.  That number of states that have expanded has since grown to 32, the Kaiser Family Foundation latest tally shows.

Medicaid expansion has gradually gained converts even amid the repeated failures by Donald Trump and the GOP-led Congress to repeal the entire ACA. Now just 18 holdout states largely led by Republican governors or state legislatures are standing in the way much like Maine’s GOP Gov. Paul LePage vetoed expansion five times.

About 11 million Americans have gained coverage from Medicaid expansion in 31 states and the District of Columbia under ACA . If the other remaining 18 states join Maine to expand Medicaid, another 2.5 million Americans would gain health coverage.