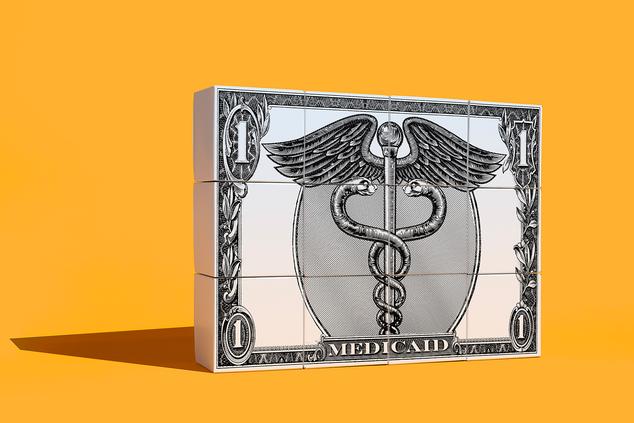 Turning Medicaid into a block-grant program would cap federal funding to the states.

It costs a lot more to provide medical care to the country’s poor today than it did when Medicaid was introduced: about $554 billion in 2015, compared with about $1 billion in 1966, the program’s first full year.

The bulk of this increase was driven not by rising health-care costs as much as it was by vast increases in the number of people covered by Medicaid, including millions more in the past few years alone under the Affordable Care Act.

Republicans in Congress say the program has become unsustainable. Medicaid’s current funding, they say—a guaranteed federal matching rate based on what each state spends, with a slightly larger percentage of costs matched in poorer states—should be replaced with a system that will cap, and in time reduce, the federal share of Medicaid costs. States would choose between a lump sum of money, called a block grant, or per capita funding tied to the number of people enrolled in their program.

With either choice, the federal share of Medicaid spending would decline over time because the formula sets spending at a specific amount projected to grow at a slower rate than actual health spending.

Critics of cuts in Medicaid, including Democrats and some Republican governors, argue that it will lead to reduced service and eligibility for the people who need it most.

Making the case for block grants is

a senior policy analyst and director of health policy at the Independent Women’s Forum, and a Tony Blankley Fellow at the Steamboat Institute.

YES: It Would Cut Costs and Provide Better Care for the Needy 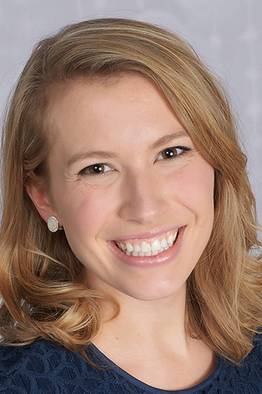 Some argue that Medicaid reform would inevitably lead to unfavorable changes in eligibility or benefits. This defense of the status quo presumes that Medicaid is serving the right people, and serving them well. But this is not the case. Medicaid today is dysfunctional, with its use of matching funds distorting budgets and encouraging wasteful practices. Its inadequate reimbursements to care providers, meanwhile, limit services for those who need them most.

By ending federal matching funds and shifting managerial responsibility to the states, Republicans propose to modernize Medicaid’s funding and give local authorities greater flexibility to design program innovations that are more specific to each state’s needs.

Don’t believe those who say Medicaid is efficient. The reason it costs less than private insurance is because it provides less. Medicaid provides “comprehensive coverage,” but coverage isn’t care. It is easy to write down a long list of services that are covered. Think of it as having a coupon for free health care—a coupon that is difficult, sometimes impossible, to redeem.

Even before the Affordable Care Act added millions more patients to the strained program, a study published by Health Affairs found that about one-third of doctors would not accept new Medicaid patients.

Indeed, Medicaid costs less than private health insurance because it pays health-care providers less than private insurance—and this is nothing to brag about. Medicaid’s substandard reimbursement levels are directly responsible for the trouble its patients have in accessing high-quality and timely care. Many experience delayed care and inferior health outcomes as a result, according to a Heritage Foundation report. Similarly, research compiled by the Manhattan Institute found that Medicaid patients were more likely to die during surgery and less likely to be diagnosed with deadly cancers in earlier, more treatable phases.

This is a tragedy, especially given the tremendous spending on Medicaid each year. All Americans deserve to know that the dollars they are spending to help people in need are being used wisely and effectively. A recent study published by the National Bureau of Economic Research suggests that each dollar of Medicaid spending delivers only 20 to 40 cents of welfare benefit to recipients.

The truly needy sick, the population for whom Medicaid was created, bear the burden of the program’s present brokenness.

States know their own needs best, and it’s much easier for constituents to provide feedback to state lawmakers than to congressmen. But states are addicted to a federal funding mechanism that precludes real reform. The federal government matches each dollar of state Medicaid outlays at a rate that varies from $1 to $3 by state, depending on need. States are thus effectively paid to spend on Medicaid, enticing them even to prioritize Medicaid over other state budget items, such as education.

The situation has become even worse under the ACA expansion, which pays states an enhanced rate for new enrollees in Medicaid. Many able-bodied adults have been spun into Medicaid’s web. These people would be better served by health policies that are more affordable for them and offer a greater choice of private health insurance that suits their needs.

Subscribe to the Journal Report podcast at wsj.com, on iTunes or Google Play Music.

State lawmakers need to refocus the Medicaid program on its original mission—serving the truly vulnerable poor. Reforms proposed by Republicans would also lead to reductions in administrative costs, waste, fraud and abuse. Year after year, the Government Accountability Office names Medicaid a “high-risk” program. And it’s getting worse: The program’s “improper payment rate” grew to 9.8% ($29 billion) in 2015 from 6.7% ($17.5 billion) in 2014, just on the federal side.

Per capita allotments or block grants may result in reduced federal spending, but their primary purpose is to bring about reform of Medicaid. If the federal government’s only goal in Medicaid was reduced spending, it could keep the current “matching” scheme and simply reduce the federal match rate for states, but this wouldn’t be real reform.

Ms. Manning is a senior policy analyst and director of health policy at the Independent Women’s Forum, and a Tony Blankley Fellow at the Steamboat Institute. She can be reached at reports@wsj.com. 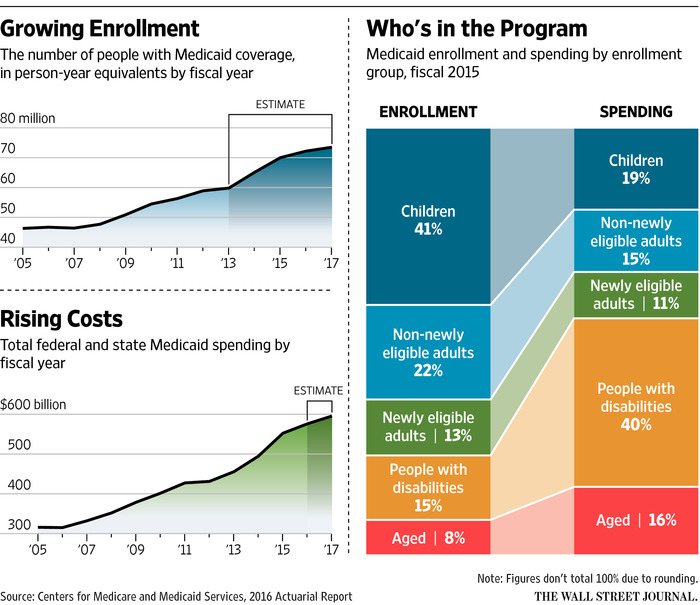 NO: It Would Force States to Cut Eligibility, Benefits and Payments 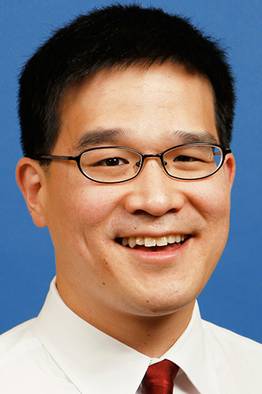 Changing Medicaid’s federal funding structure to a block grant or to a per capita cap would shift significant costs to states, and ultimately cause service cuts and harm to tens of millions of seniors, people with disabilities, and children and families who rely on the program.

Both kinds of caps are aimed not at preserving health-insurance coverage for millions of poor Americans, but instead at achieving significant federal savings to help offset other priorities. For example, the failed House Republican bill to repeal the Affordable Care Act would have cut $839 billion from Medicaid over 10 years by capping funding through per-person caps or block grants and effectively ending the ACA’s Medicaid expansion, according to the Congressional Budget Office. Together, that would have reduced Medicaid enrollment by 14 million by 2026. If the GOP tries again to repeal and “replace” the ACA, it will likely include similar proposals to radically restructure Medicaid financing.

Either funding method would cut the federal share of costs—with the cuts growing over time. Both proposals set a cap based on the state’s current or historical Medicaid spending, and future increases would be set at a rate slower than federal Medicaid spending is currently projected to grow. To make up for less federal aid, states would have to contribute much more of their own funding and cut other parts of their budgets, including education—or, far likelier, severely cut Medicaid eligibility, benefits and provider payments.

Under both proposals, states would be responsible for all costs above the cap on federal funds—which means a natural disaster, a breakthrough treatment or an epidemic would likely lead them to cut Medicaid even more deeply.

There would be no way to hold beneficiaries harmless from such cuts, because Medicaid is already highly efficient. The program provides more comprehensive benefits at significantly less cost than private insurance. Adults on Medicaid cost about 22% less than if they were covered by private insurance, Urban Institute research shows. Per-beneficiary costs on average have grown much more slowly over the past three decades than costs under private insurance, and are expected to continue growing more slowly, according to a study by the Medicaid and CHIP Payment and Access Commission, or Macpac.

The Urban Institute and Macpac, among others, find that Medicaid beneficiaries have comparable or better access to care than employer-sponsored insurance at lower out-of-pocket cost (and much greater access than the uninsured). That’s despite critics’ claims that a somewhat lower share of physicians accepts new Medicaid patients than those in job-based coverage. But accepting new patients is a less reliable measure of access compared with the standard measures of having a usual source of care and forgoing care due to cost. Moreover, areas with a greater share of residents on Medicaid—like rural areas and areas with greater poverty—have a substantially higher share of physicians accepting new Medicaid patients. Most important, Medicaid caps would result in many beneficiaries ending up uninsured and provider rates slashed (which would in turn reduce provider participation), both of which would seriously limit access to needed care.

Capped funding also would stymie states’ ongoing efforts to improve health-care delivery and generate long-term savings, because such reforms often require upfront investment that would be harder for states to make. Using existing flexibility, states are innovating. More than three-quarters of beneficiaries are now in managed care. States have established accountable-care organizations and health homes to better coordinate care for those with chronic conditions. States have also shifted much of their spending on long-term services and supports from nursing homes to home- and community-based services.

A per-person cap or block grant would thus leave states on the hook to absorb large and growing federal Medicaid funding cuts—and millions of the least fortunate residents in every state going without health insurance and access to needed care.

Mr. Park is vice president for health policy at the Center on Budget and Policy Priorities. He can be reached atreports@wsj.com.