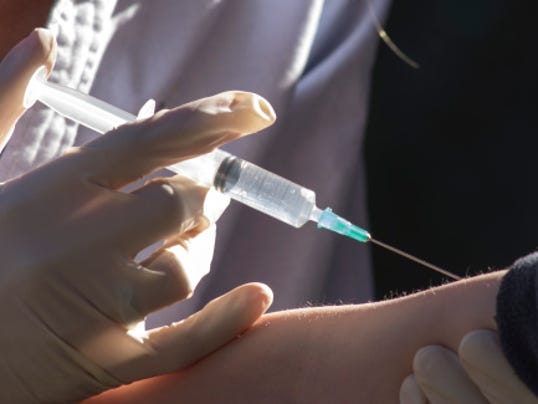 Measles, a highly communicable and potentially deadly illness, has been mostly preventable since a vaccine was developed more than 50 years ago.(Photo: Getty Images/iStockphoto)

The settlement means Dr. Michael Bleiman can once again participate in Medicaid and NJ FamilyCare, federally and state-funded healthcare programs that serve low-income patients, according to a press release from the New Jersey State Comptroller’s Office.

“The quality of care issues in this matter raised serious concerns about the welfare of Medicaid program participants,” State Comptroller Philip James Degnan said in the press release. “This settlement hold Dr. Bleiman accountable for his actions while ensuring compliance going forward.”

Bleiman was able to practice medicine, but the comptroller’s Medicaid Fraud Division suspended him on Jan. 27 from the two health care programs after the New Jersey Department of Health announced Bleiman’s office administered as many as 900 potentially ineffective vaccines.

Degnan said $110,000 of the settlement is a civil penalty levied by the Medicaid Fraud Division while the remainder is a reimbursement of overpayments made from Medicaid to Bleiman’s office.

The state halted Bleiman’s participation in the Vaccines for Children in July after a routine compliance visit found vaccines were being stored at improper temperatures. Storing vaccines at incorrect temperatures can render them less effective, but it’s not likely that they would cause a new health problem on its own, health officials said.

Bleiman runs Southern Ocean Pediatrics and Family Medicine in the Manahawkin section of Stafford. A message was left for his attorney seeking comment.