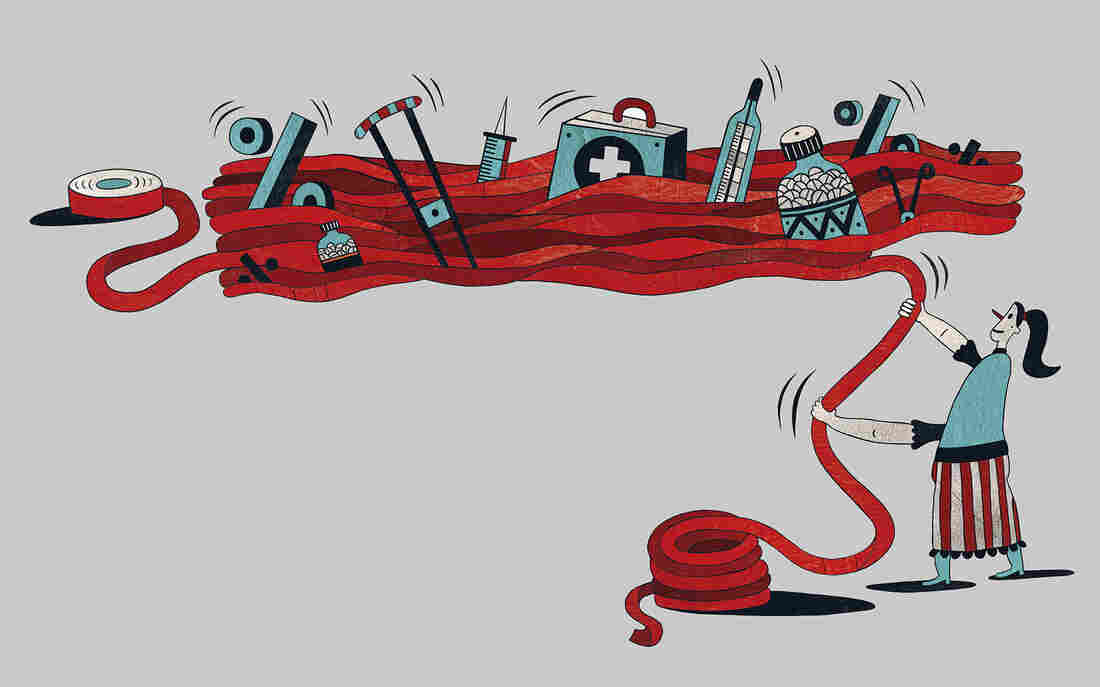 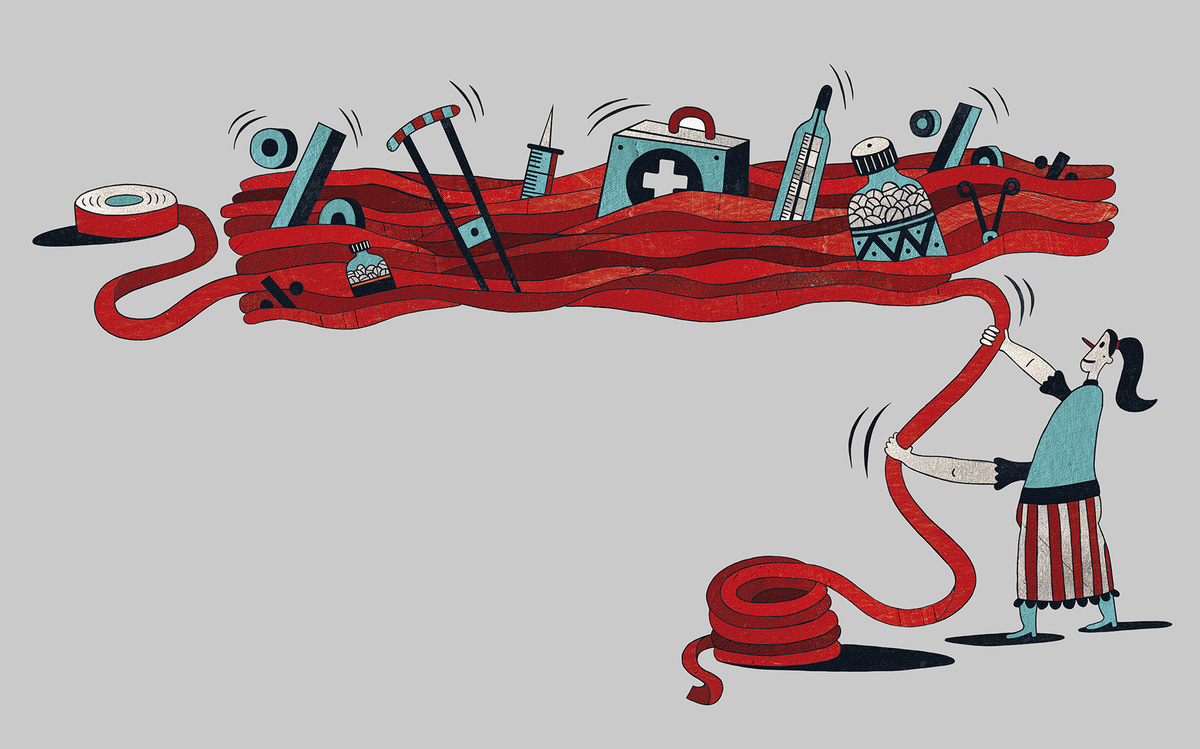 No corner of the health care system would be harder hit than Medicaid, the federal-state health insurance program for the poor, if Republican leaders in Congress round up the votes to repeal major portions of the Affordable Care Act.

GOP lawmakers have proposed winding down the Medicaid expansion that added 17 million people in 31 states and the District of Columbia under the ACA, and also eventually capping the program’s spending per capita.

If the current bill in the Senate becomes law, 15 million fewer people would have coverage through Medicaid by 2026, the Congressional Budget Office has predicted.

But other efforts that are garnering much less attention would further reshape Medicaid, potentially knocking millions more off the rolls. They include asking beneficiaries to verify their eligibility twice a year, instead of once under the current law.

Some states that have experimented with more frequent verification and other techniques to manage enrollment say they’ve worked well, while others say they’re not cost-effective and are overly burdensome.

In addition, the Trump administration has said it wants to let states experiment more with their Medicaid programs, inviting them to ask for waivers that do not need congressional approval. In recent months, states have proposed changes that include requiring able-bodied adults on Medicaid to work, drug-testing enrollees, capping the length of time some can stay on the program and limiting the number of people who can be on the program at once. The Obama administration had rebuffed some of those efforts.

“All of the bells and whistles and hoops that people have to jump through create an enormous amount of red tape and that depresses enrollment,” says Joan Alker, executive director of the Center for Children and Families, a research center at Georgetown University. “That’s a proven strategy.”

Some 74.5 million people are now enrolled in Medicaid — more than the 58 million covered by Medicare, the program for seniors and the disabled. Since the implementation of the Medicaid expansion under the Affordable Care Act in 2014, Medicaid enrollment has grown by 16.7 million. That increase alone is larger than the number of people who purchase health insurance through the marketplaces set up by the ACA.

Health policy researchers say there’s ample evidence that adding paperwork and administrative burdens on beneficiaries in Medicaid increases turnover, called churn. For the most part, it’s not because people are no longer eligible for the program, they say; it’s that poor people move frequently and often face a host of challenges that make them less likely to turn in required paperwork.

Even before the ACA passed, many states were moving to make it easier for people, particularly children, to get enrolled and stay enrolled in Medicaid and the Children’s Health Insurance Program. The Affordable Care Act allows states to formally reassess people’s enrollment eligibility just once a year. But Medicaid enrollees are required to notify authorities in the interim if they have a change in life circumstances, such as finding a job. And that can prompt another review.

Proponents of the changes say too many people stay on Medicaid when they are no longer eligible. They point to Illinois, which hired a consultant a few years ago to help it improve its renewal process. During the first three quarters of fiscal 2017, which just ended, 623,530 individuals had their Medicaid canceled during the renewal process — the vast majority for not responding to requests for information. Of those, nearly 148,000 eventually re-enrolled after submitting the requested information.

“Certainly, at least some percentage of clients who did not respond did so because their circumstances were such that they were indeed not eligible,” the state said in its most recent report. “The people who are more likely to respond are those who are eligible.”

Josh Archambault, a senior fellow at the conservative Foundation for Government Accountability who has tracked the Illinois project, says the state’s Medicaid rolls had included people who died years earlier, as well as those who no longer lived in the state.

Critics of more frequent reassessments “are correct to say that it would decrease enrollment,” Archambault says. “But these are all people who would not qualify.”

He said not all checks have to be intrusive. States, for instance, can more frequently check federal and state databases to look for whether a person has a life change, has moved or has a new job. “If somebody gets a job, that’s great. They may no longer be able to qualify for the program,” he says. “If they still qualify, they can sign right back up.”

That’s what’s happened in Texas. The state regularly checks the finances of families whose children are enrolled. State data appear to show that the number of children experiencing a temporary gap in their Medicaid coverage has increased since the state instituted the new process in 2014.

Avik Roy, a conservative who has advised Republican leaders on health policy, said by letting states check people’s eligibility for Medicaid more often, “You’re giving states a tool to make sure that the people who are enrolled in the Medicaid program are the people who the program is meant to help.”

That’s not how officials in California see it. They say the current system works well compared with many years ago, when people had to prove their eligibility more often, up to four times a year. It was burdensome for enrollees and costly for the state and its counties, which handle the process.

In California’s experience, when people have a change in life circumstances, they generally report it right away, as required. Moreover, California has moved from a system that was dependent on paper to one that is largely electronic, easing the burden further.

“Medicaid programs have a responsibility to help ensure that those people who are eligible for the program, that they’re enrolled and they receive the services that they’re in fact eligible for,” says René Mollow, deputy director for health care benefits and eligibility at the California Department of Health Care Services.

Mollow said when people are on Medicaid, their income doesn’t change much from year to year, especially children, the elderly and the disabled.

While California has sought ways to expand access to its Medicaid program, other states have looked for ways to tighten eligibility, ensuring it is only available for those who they believe truly need it.

When Indiana expanded its Medicaid program, for example, it also deployed a complex system of rewards and penalties that requires enrollees to make token regular payments or get barred from the program. It did so with the help of a consultant named Seema Verma, who is now the administrator of the federal Centers for Medicare and Medicaid Services, the agency that decides whether to grant states permission to make changes to their Medicaid programs.

And more states are seeking changes to their programs. Indiana and Maine, for example, are among states that have proposed work requirements for able-bodied adults in the program. (Indiana estimates that a quarter of those required to work won’t and “will have HIP [Medicaid] eligibility suspended until compliance has been demonstrated.”) States say that by making Medicaid contingent on work, potential beneficiaries will be incentivized to find jobs that offer health insurance.

Wisconsin is asking the federal government to approve a drug-testing requirement, saying it will help get people into treatment and prepare them for jobs. Arizona wants to cap the amount of time certain nondisabled adults can remain on Medicaid to five years, taking a page from the welfare reform playbook of the 1990s. And Utah is proposing a limit on the number of adults without dependent children who can enroll in its Medicaid program.

Such requests are popping up all across the country, according to a recent analysis by the Kaiser Family Foundation, a nonprofit think tank.

So far, the Trump administration hasn’t approved any of these requests, but it signaled in a letter to governors in March that it would be more flexible than the Obama administration, which did not approve requests from Indiana and Arizona in the past.

“We commit to ushering in a new era for the federal and state Medicaid partnership where states have more freedom to design programs that meet the spectrum of diverse needs of their Medicaid population,” wrote Health and Human Services Secretary Tom Price and Verma.

Diane Rowland, executive vice president of the Kaiser Family Foundation, says many of the state proposals treat Medicaid as they do welfare programs. “You see work requirements. You see drug-testing. You see things that would discourage people from enrolling,” she says. “The other side is that a lot of people on Medicaid are already working. They just don’t work in jobs that have health insurance.”

Charles Ornstein is a senior reporter at ProPublica, an independent nonprofit newsroom based in New York.

Have you corresponded with a member of Congress or senator about the Affordable Care Act or proposals to repeal it? ProPublica would love to see the response you received. Please fill out this short form.