LYON COUNTY — A Kansas woman was sentenced Wednesday to more than a year in prison and ordered to repay more than $12,000 to the Kansas Medicaid Program after pleading guilty to Medicaid fraud-related charges, according to Kansas Attorney General Derek Schmidt. 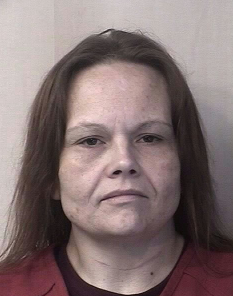 Judge W. Lee Fowler sentenced Flores to 14 months in the Kansas Department of Corrections. Fowler also ordered Flores to repay $12,869.83 to the Kansas Medicaid Program and reimburse the attorney general’s office for the costs of the investigation. Convictions such as this one may also result in a period during which the defendant is prohibited from being paid wages through a government health care program.

An investigation by the attorney general’s Medicaid Fraud and Abuse Division revealed that Flores billed Medicaid for services provided as a personal care attendant for a Medicaid beneficiary, who was disabled and eligible for home-based services, while the beneficiary was hospitalized or while the defendant was incarcerated. There were approximately 935 hours that the defendant claimed she was providing these services. The crimes occurred between January 2013 and May 2016.