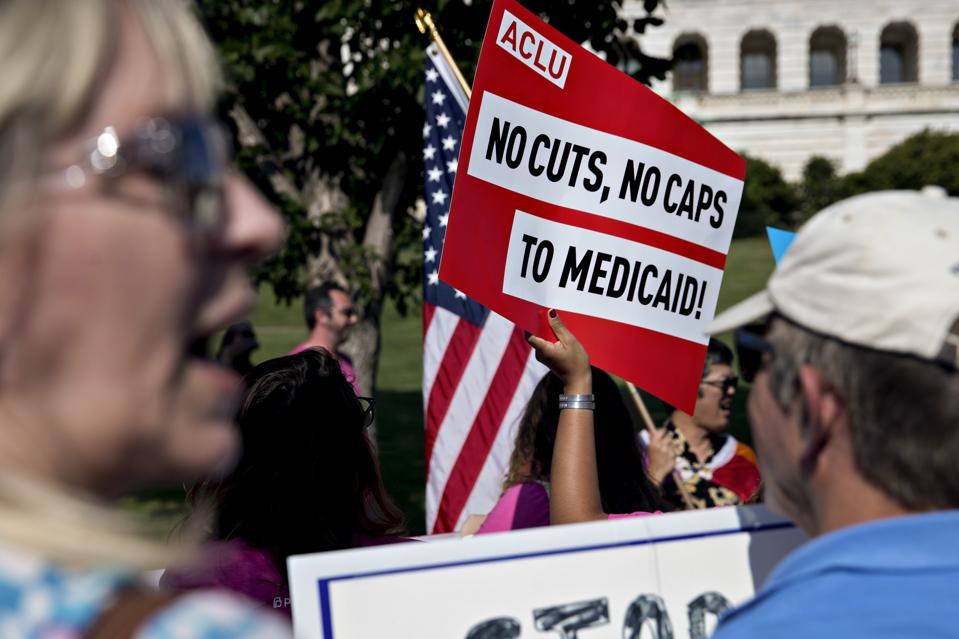 Efforts to expand Medicaid via ballot initiative could put a dent in the 4.5 million people a new report says would benefit from such an expansion of health benefits for low income Americans under the Affordable Care Act.

“If the 19 states that have not fully expanded Medicaid did so, 4.5 million more people would have health coverage in 2019,” a new report from the Urban Institute estimates.

Though political momentum is limited in the holdout states that generally lean Republican thanks to GOP control of either the legislature or the governorship or both, there are several opportunities thanks to several ballot initiatives.

Perhaps the furthest along in putting a measure on the ballot is the state of Idaho where supporters earlier this month got enough signatures to place the referendum on the November general election ballot. Assuming the measure will qualify for the ballot, it will go before Idaho voters on Nov. 6.

Medicaid expansion in all 19 states would reduce the uninsured rate to 12.6% in those states from nearly17%, the Urban Institute report indicates. Maine is included among the 19 states yet to fully expand Medicaid because it’s Republican governor is still putting up administrative roadblocks despite the overwhelming approval of voters.

“The 32 states that have expanded the program have fewer uninsured residents, lower uncompensated care and experienced net gains in state budgets,” Mona Shah, program officer at Robert Wood Johnson Foundation, funder of the Urban Institute report, said in a statement accompanying the report.