Health Management Associates (HMA) on Tuesday released an update to their analysis of COVID-19’s impact on health insurance coverage. The update builds off an April report that evaluated the impact of potential US unemployment rates on Medicaid, state marketplaces, employer-sponsored coverage, and the uninsured. 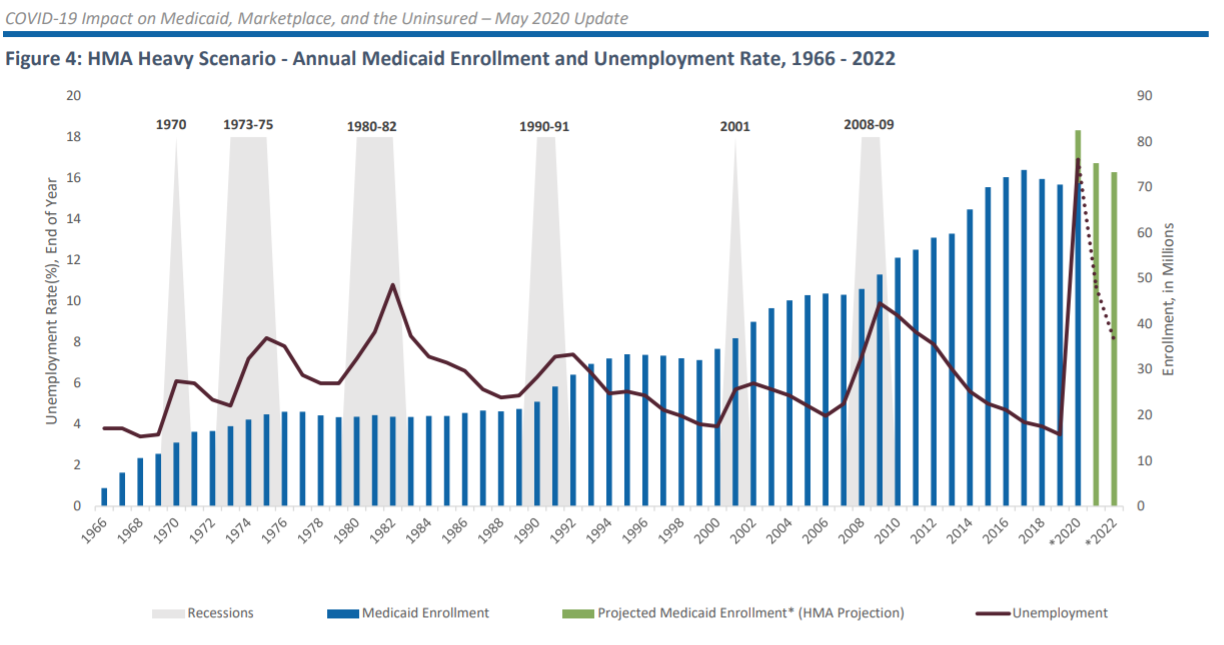 The study predicts non-expansion states will see a disproportionate share of newly uninsured. These states represent 30% of individuals losing employee sponsored insurance, but HMA estimates they will make up almost 70% of the newly uninsured by the end of 2020.

The report also breaks down the increases in cost for new Medicaid enrollment by state under the three different economic scenarios. 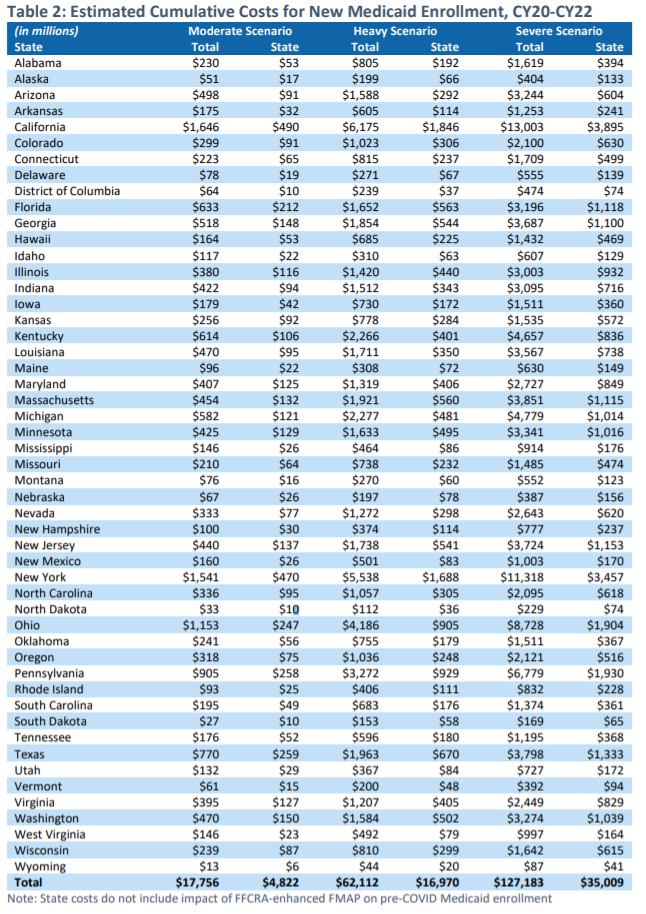