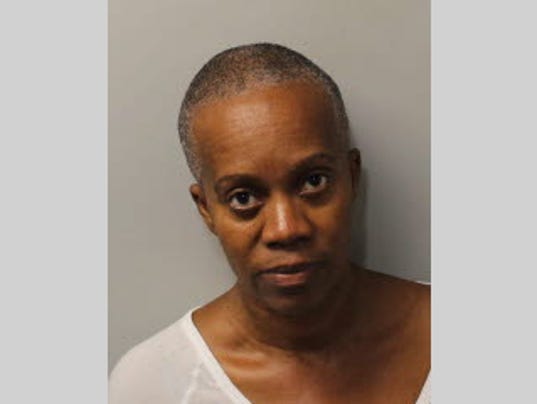 Donna Kay Sweeting worked Florida’s Medicaid system for years, using unqualified case managers employed by her company to bill the state millions in fraudulent claims for clients who either didn’t need the services or receive them, according to records filed in Leon County court.

In some cases, her company, DS Connections, billed the state more than 1,000 hours for a single client over a two-year period. In at least three cases, the company billed the state for clients who were dead.

Investigators called it an elaborate scheme to defraud the state of millions of taxpayer dollars meant to help children and adults with persistent mental health issues. They said the severity of the crime was so great she could face 260 years in prison.

Sweeting turned herself into authorities voluntarily, said her attorney, Gary A. Johnson.

She was released after posting a bond of $152,500, surrendering her passport and agreeing not to contact her former case managers or her company’s locations. The judge allowed her to return home to Havre De Grace, Maryland.

Sweeting must return to Leon County for a jury trial, which she demanded. A date has not yet been set.

After conducting a two-year investigation, the Medicaid Fraud Control Unit of the Florida Attorney General’s Office on Aug. 22 filed charges related to incidents between July 2, 2011, and August 7, 2014.

According to a probable cause affidavit filed by investigators, Sweeting was president of DS Connections based in Winter Park with her husband listed as vice president and registered agent. The company also had locations in Tallahassee and Clermont.

As president, Sweeting hired case managers and supervisors who didn’t meet the minimum qualifications or have the experience required by Medicaid to file requests for reimbursements.

Because many of them failed to meet the minimum qualifications for the jobs they held, the company should not have been reimbursed for several million dollars in billings filed to the state Medicaid office, the affidavit said.

Each case manager was paid based on the units they billed. A unit is 15 minutes of definable services based on Medicaid rules. Managers would create progress notes documenting the services they claimed to be providing. They’d forward their notes to the Tallahassee office, where a supervisor would review the notes and verify the services and amount to be paid.

The state Medicaid fraud unit used data mining initiatives to track billings for targeted case management services from March 1, 2012, to February 28, 2014. DS Connections was identified as one of the highest paid providers, with more than 1,000 overall quarter-hours in billings for clients with three or more visits in a single week, the affidavit said.

On three occasions, DS Connections was reimbursed for clients who were dead.

And one client was 13 months old at the time DS Connections was reimbursed for services. That age is considered too young to receive mental health services, investigators said.

The state attorney general opened a preliminary investigation in March 2014. Investigators interviewed 18 recipients or the parents or guardians of recipients. Nine recipients were under five years old.

All stated the services were exaggerated or didn’t occur, the investigator said.

None of the clients appeared to suffer from the type of persistent mental illness that would require targeted case management service, the affidavit said. Most didn’t have a history of mental illness prior to being a client of DS Connections, investigators observed. Most told the investigator they didn’t have mental health issues.

Search warrants were issued for the Tallahassee and Winter Park offices, where records of both recipients and employees were seized. Investigators discovered that many of the case managers didn’t have the degrees or experience working with children and adults with mental illness as required by the targeted case management handbook.

Medicaid will only reimburse for services provided by certified case managers who meet certain educational and professional criteria.  As a result, investigators said, DS Connections received $2.4 million in fraudulent reimbursements.