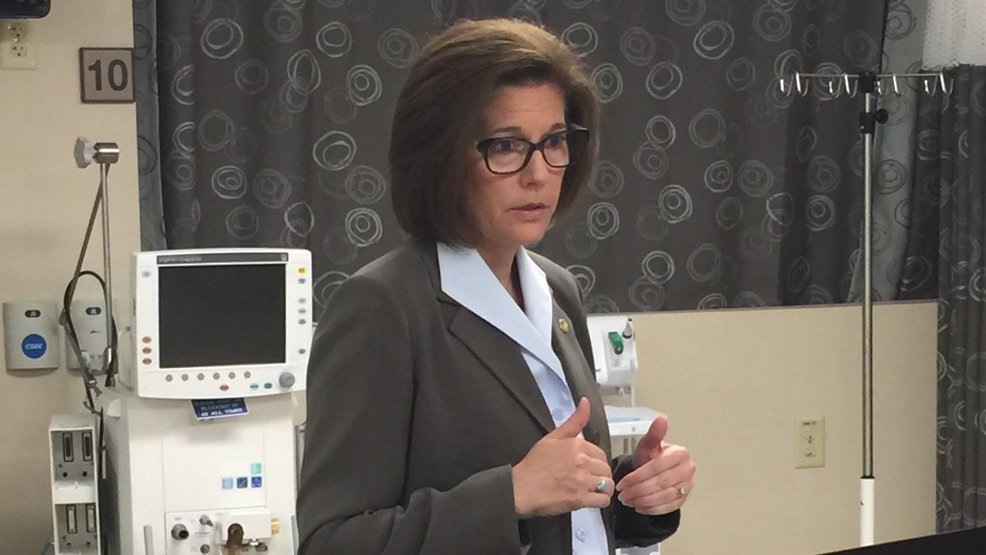 While at an event at UMC, Nevada Sen. Catherine Cortez Masto says the GOP health care plan would put the most vulnerable at risk. 7/7/17 (Jeff Gillan | KSNV)

Cortez Masto said in a statement Thursday that her amendment would remove language from the American Health Care Act that proposes cuts to Medicaid. It’s her first official floor amendment since becoming a U.S. Senator, according to her statement.

The amendment comes one day after Sen. Dean Heller, R-Nevada, introduced a floor amendment to state the Senate’s support for Medicaid expansion. That amendment was defeated in a 90-10 vote on Wednesday.

“Hundreds of thousands of low-income Nevada families, women, seniors, children, veterans and people with disabilities benefit from the life-saving services that Medicaid provides,” Cortez Masto said in a statement. “This amendment will protect our most vulnerable from callous attempts to take away their health care.”

It’s unclear when the amendment would receive a vote from the Senate.