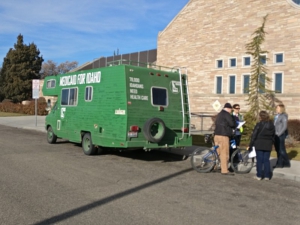 For years, Idaho’s legislature refused to allow Medicaid expansion in the state, but with the passage of a new voter initiative, the people of Idaho have made clear they overwhelmingly demand reform.

Proposition 2, which would make 62,000 uninsured Idahoans eligible for Medicaid, was passed on Nov. 6 with 60.6 percent support. The initiative calls to extend Medicaid to people under 65 years old making less than 138 percent of the federal poverty line. Medicaid expansion could bring $3.3 billion in federal funds to the state over the next ten years.

It took 2,000 grassroots organizers working in every district of Idaho to get this proposition passed — a much-needed victory for poor and working class Idahoans. But the fight is not over. Idahoans will have to defend the proposition against lawmakers dead set against even this minor concession to the people.

It was a grassroots organization, Reclaim Idaho, that was central to passing Proposition 2. Sandpoint, Idaho, couple Garrett and Emily Strizich and their friend Luke Mayville painted “Medicaid for Idaho” on the side of a 1977 Dodge camper and set out on a statewide listening tour to hear from residents about their struggles with healthcare. What began as a road trip ultimately transformed into a massive ballot initiative campaign. Volunteers for Reclaim Idaho covered the state to gather 60,000 signatures in all 35 districts of Idaho.

For Garrett Strizich, “Medicaid expansion is the most urgent crisis facing the state.” One in seven Idahoans have no health insurance at all. No matter how poor they are, adults who are not disabled or do not have children currently cannot qualify for Medicaid in Idaho. Polls show 70 percent of Idahoans favor “closing the healthcare coverage gap.”

Reclaim Idaho’s statewide campaign has proven an important point. Although Idaho is often written off as a “red state,” its residents want access to healthcare, and they are ready to take action instead of waiting for politicians to act on their behalf.

Politicians are reluctant to comply

Propositions in Idaho are rare, because the state requires so many signatures to get on the ballot — 6 percent of all registered voters, from at least half of the state’s legislative districts. In a very large, rural state like Idaho, mobilizing this level of support is a major undertaking.

Clearly, advocates for Medicaid expansion decided to organize a voter initiative only because the Idaho Legislature refused to act. It is a sign of how undemocratic Idaho’s political “representation” is that voters had to independently organize such a large campaign to pass into law the overwhelming popular desire for healthcare access.

Yet despite the barriers, Proposition 2 has passed and is now Idaho law. What remains undecided, however, is whether Idaho’s legislators and governor will actually carry out the law according to popular will.

The same lawmakers who opposed expansion for years now have the decisive say in whether the program is funded and how it is implemented. They also have the power to add restrictions to who qualifies for the expanded program.

Repeal is also not off the table. During his campaign for governor, state representative Raul Labrador said he would work to “overturn” Proposition 2 if passed. This has happened before. In 2002, Idaho’s legislature repealed a 1994 voter proposition that set term limits on legislators.

Need for a new system

Recognizing the need to maintain a high level of mobilization even after the successful vote, Reclaim Idaho organizers and supporters scheduled “Holiday Huddles” around the state to talk with people about the implementation and funding of Proposition 2. A planned demonstration at the Idaho State Capitol building on February 4, 2019, will call for lawmakers to
honor the people’s will and fully fund and implement the Medicaid expansion law.

All around the country, politicians constantly ignore people’s desires and side with massive insurance, pharmaceutical, and healthcare corporations who make money from the commodification of healthcare. The uphill struggle to persuade politicians — the supposed “representatives” of the people — to respond to popular will sheds light on how undemocratic and corrupt the political system in the United States is. However, the successes of the Reclaim Idaho movement also show us that it is the people, not the politicians, who are ultimately the catalysts of change.