Thousands of uninsured, low-income Virginians will have new health care coverage starting in the new year.

Casey Thompson, a 21-year-old who has been uninsured for two years, said she lost all her savings when she had to go to a hospital in May for a ruptured cyst. She said she is thrilled she’ll be covered under Medicaid expansion starting in January and will no longer have to worry about unexpected medical costs. 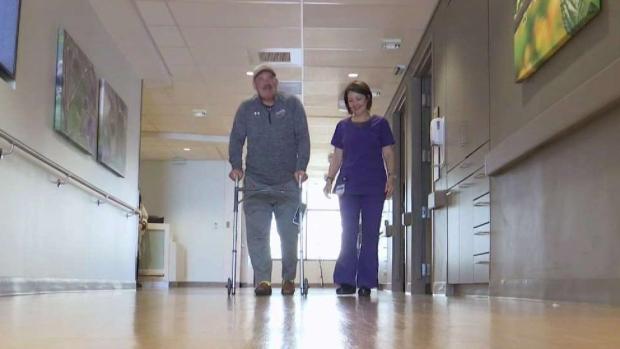 The state’s Medicaid office has been working with hospitals, advocates for the poor, insurance companies and others to help enroll the newly eligible into Medicaid. Coverage starts Jan. 1 and the state said Friday that more than 200,000 people have been enrolled.

Here’s a look at how Medicaid expansion happened in Virginia, what changes to health care landscape are coming and what fights lay ahead.

Virginia politicians fought for five years over whether to expand Medicaid until several Republicans switched positions in early 2018.

Opponents argued that Medicaid expansion was fiscally irresponsible because the long-term costs are unsustainable.

Several factors contributed to Republicans switching position on the issue after years of opposition. They include a Democratic wave election in 2017 and the inability of President Donald Trump and congressional Republicans to repeal Obama’s signature health care law.

State government officials, as well as representatives of insurance companies and hospitals, said they’re confident the state’s health care infrastructure can handle the influx of tens of thousands of newly covered patients.

The newly insured will be enrolled with private insurance companies called managed care organizations, which have been covering Medicaid patients in Virginia for decades.

“It’s something we know how to do, we’ve been doing it a long time,” said Virginia Association of Health Plans Executive Director Doug Gray.

Officials are hopeful that having more people with health insurance — coupled with a new law giving greater autonomy to nurse practitioners — will lead to more clinics and practices in rural parts of the state that lack access to health care.

Among Virginia’s dozens of free health clinics, 10 so far are planning to open up a hybrid model where they will start billing for services provided to Medicaid patients.

Officials at free clinics said they are working to make sure donors and legislators know that thousands of Virginians will continue to rely on clinics for care. They include new Medicaid expansion patients who lack access to doctors or other treatment and low-income Virginians who don’t qualify for Medicaid but can’t afford private health insurance.

“This is a good start, but the need for free clinics is not going away,” said Teresa Gardner Tyson, executive director of the Health Wagon in far Southwest Virginia.

Virginia’s Medicaid expansion requires able-bodied recipients to have a job or participate in some form of approved “community engagement” and pay part of the premiums.

State officials have recently submitted a waiver request with the federal government for the work requirement and co-pays, but it could take several months or even longer before those are implemented.

Republicans required those provisions before signing off on the bill, and have expressed frustration with the lengthy projected timetable for implementation.

But many Medicaid expansion supporters said the work requirements are unworkable.

The advocacy group Young Invincibles said the state should abandon the work requirement provision, saying it “creates a chaotic maze” of red tape and would be especially harmful for young minorities.