MILWAUKEE — Low-income residents seeking government help in Wisconsin often slog through a frustrating, outdated bureaucracy at a run-down state building in Milwaukee, enduring a process that generates complaints about the difficulties of signing up for food assistance, unemployment benefits, and Medicaid.

Now, in a first-in-the-nation experiment, Wisconsin Governor Scott Walker plans to raise the bar higher for people seeking
Medicaid, with an expansive program of mandatory drug screening, testing, and treatment as a condition of receiving benefits.

If the Trump administration approves Walker’s plan, as state officials expect once they submit a formal application next month, Wisconsin would become the first state to put a drug screening and testing requirement on coverage in the 53 years Medicaid has existed.

“This could have sweeping consequences for poor people across the country,” said Hannah Katch, a health policy expert from the left-leaning Center on Budget and Policy Priorities.

Get Ground Game in your inbox:
Daily updates and analysis on national politics from James Pindell.

Walker next wants to impose drug testing as a condition for receiving other social services, including food stamps and unemployment benefits, he said in an interview with the Globe. Other states may follow Wisconsin’s lead, and critics of the Medicaid plan are already mobilizing. They believe it would unfairly stigmatize the poor and add more bureaucracy to what is already a complicated application process.

State documents indicate that virtually all Medicaid recipients would be screened for illegal drug use through a written questionnaire when they apply for coverage or renew eligibility, although Walker maintains that details about who gets screened are still being worked out.

When the screening indicates suspected drug abuse, the state will demand a physical drug test. People who refuse either screening or testing would not receive Medicaid benefits, according to Walker’s plan.

Those who test positive for drugs would be required to undergo treatment or, if they refuse treatment, lose their benefits for six months. The state plans to expand access to residential treatment for people who need it, to meet the expected surge in demand.

In addition to illegal drugs, the system will include screening and testing for legal opiates obtained without a proper prescription. That means the Medicaid crackdown will extend to the white, rural areas where the opioid epidemic has hit hardest, and where voters overwhelmingly backed President Trump’s 2016 campaign.

Walker’s plan was formally announced last Wednesday. It also would impose a four-year limit on the total time a person can spend on the program, down from the current five-year limit.

The proposal places a crucial state for Trump’s victory last November — and the home state of his chief of staff Reince Preibus and House Speaker Paul Ryan — at the forefront of changes to services that some of the poorest Americans have come to rely on. 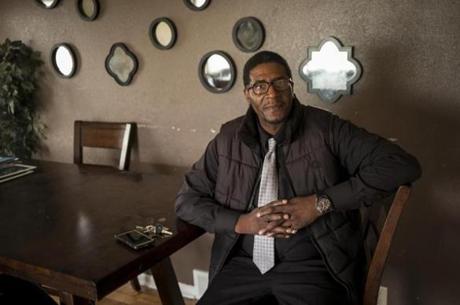 Darren Hauck for The Boston Globe

Mark Baker, 48, a father of five who relies on Medicaid, says of the proposed plan: “It’s going to be an uproar.”

Walker, a Republican who is up for reelection next year, defended his policy as compassionate and well-intentioned.

“We’re good and decent people here in the state of Wisconsin. We want to help our fellow citizens when they’re down and out,” Walker said. “But for those who are able, meaning those who are physically and mentally capable of working, we have an expectation that public assistance will be more like a trampoline than a hammock.”

Health care experts said Walker’s drug-testing plan — which has a projected price tag of about $50 million a year — would be ineffective, costly, and unjustly target impoverished minorities.

According to the most recent data compiled by the Kaiser Family Foundation, 33 percent of Medicaid recipients in Wisconsin are black or Hispanic, a disproportionately high amount considering those groups make up 11 percent of the total state population.

“This would have a disastrous effect on people’s lives,” said Dr. Richard Brown, a health policy professor at the University of Wisconsin Madison. “This will have all sorts of devastating ripples for families that are already stressed and trying to do the best they can with limited resources.”

Next month, Walker will request approval from Health and Human Services Secretary Tom Price to proceed with the changes under a Medicaid-waiver program, which allows states limited flexibility in how benefits are administered. Mandatory drug testing as a condition of Medicaid coverage was considered a non-starter under the Obama administration, but now conservatives believe Trump’s election has ushered in a new era.

Price’s office did not respond to requests for comment, but Walker said he was confident of approval.

“I have talked with federal officials in the past about this concept,” Walker said. “We feel fairly confident that we’ve covered our bases and that we’re showing this is with a focus of preparing people for the workforce.”

In recent years, Trump has said little about drug testing specifically, though he did undo some Obama-era regulations that tightened restrictions on drug testing those receiving unemployment benefits. Before winning election, Trump repeatedly signaled a desire to reduce the social services available to the country’s poor.

He favored programs such as the 1996 welfare reform adopted by then President Clinton, a Democrat, which included work requirements for individuals to receive government assistance.

“Benefits should have strings attached to them,” Trump wrote in 2011. “After all, if it’s our money recipients are getting; we the people should have a say in how it’s spent.”

Nationwide, advocates on both sides of the issue are watching Wisconsin closely. If Walker’s plan gets a green light, other conservative states could follow.

The Wisconsin Legislature has no say in Walker seeking the permission for Medicaid drug testing, but several prominent state Republicans have expressed their support.

A national, nonpartisan study conducted in 2008 on a program in Florida said that drug testing welfare recipients produced little tangible success, though the program is still in place.

Walker scoffed at the idea that the plan unduly burdens impoverished minorities. He said he didn’t believe someone could have difficulty getting to a drug test, even if they were not a drug user. “That’s just making stuff up,” Walker said. “That’s just pulling an idea out of thin air. There’s no reality to that.”

Brown said he did not expect Walker’s program to significantly expand access to drug treatment in Wisconsin, despite the governor’s pledge to expand treatment programs.

Rather than putting the job of screening in the hands of state Medicaid administrators, “screening patients in health care settings, where there’s trust and rapport, is a better way to get information about people’s substance use,” Brown said. “It’s better than a method where there’s a possibility of harm happening to those individuals.”

At the Marcia Coggs Human Services Center building in Milwaukee, news of Walker’s Medicaid announcement set off a wave of consternation — not because they feared failing drug tests, but because residents said meeting the current requirements already requires “moving heaven and Earth.”

Completing a drug test requires, for many, another day of finding transportation, missing work, or acquiring child care, which can be difficult for many in need, residents said. It also involves a sense of shame.

“We’re treated like we’re children,” said Denise Jones, a woman who arrived to solve a Medicaid problem last week. She was angered to hear about the possible drug tests.

“We’re working, but we just need a little extra help and by law you have to give it to us,” Jones said. “They make you feel like you’re in the second grade.”

Last week, mothers who were unable to afford day care let their kids roam through the Coggs building lobby. Some people had to leave before their number was called, scared of missing the bus. According to interviewed residents — including single mothers, a formerly incarcerated man, disabled seniors, and childless adults — Milwaukee, already beset by poverty and violence, would be further disrupted if the state erected more barriers to assistance.

“It’s going to be an uproar,” said Mark Baker, a 48-year-old father of five who relies on Medicaid.

Kimberly Donald, a 38-year-old mother of 10, said she’s doubtful the program would accurately identify drug users. Donald, who has now been clean for eight years after a decades-long battle with drug addiction, said most drug users know ways around routine tests.

Now, Donald said, she worries that the increased burden for Medicaid eligibility would throw her life into flux.

“The process is already strenuous. Very strenuous,” Donald said. “A lot of people have a lot of reasons why they can’t make it to a test.”

Keisha Robinson, a 40-year-old mother of nine who lives on Milwaukee’s north side, said she believed the Walker administration was unjustly targeting the poor, and that the policy would force families deeper into poverty.

Few want to be reliant on the government, Robinson insisted. “To me it seems like every plan that [Walker] drafts is a hit to the poor,” Robinson said. “People that are struggling so hard to make it to bare minimum. Why are you raising the bar higher and higher? You’re making them reach for something they can’t reach.”